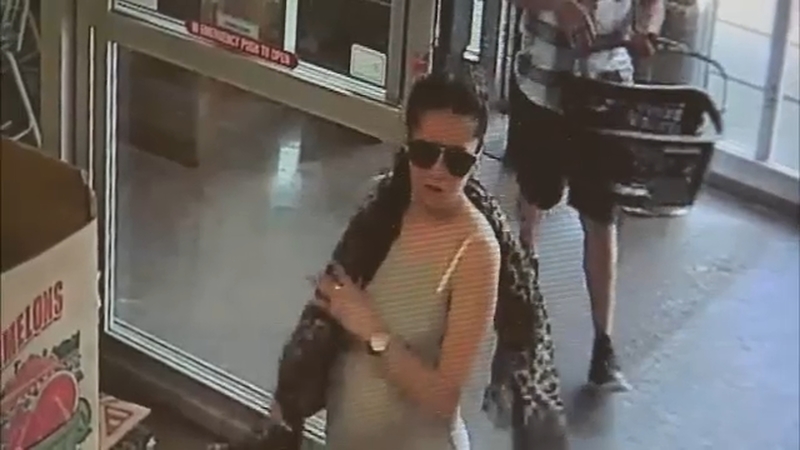 The thefts happened at the store at 1575 The Fairway in the Rydal section of the township.

Both incidents happened on August 9. In the first case, which happened around 10 a.m., a man was caught on surveillance video entering the Whole Foods Market and following an elderly woman who was shopping in the store for a few minutes.

When the woman looked away, the man appeared to reach into her cart and take her wallet out of her purse and then immediately left the store.

The man then tried to use the victim's credit card at Target. The man was seen leaving the Target around 10:45 a.m. in a four-door silver hatchback.

In the second case, which happened around 1:15 p.m., a man and woman entered the Whole Foods and approached another elderly woman who was shopping in the store.

The man then appeared to distract the victim as the woman reached into her cart and took her purse.

The suspects then immediately left the store, and the man tried to use the victim's credit cards at the same Target around 1:50 p.m.

The cards were declined, but the suspects did make off with $350, according to police.
The female suspect appears to be pregnant and had a distinct tattoo on her upper back.

Police are hoping someone will recognize these suspects, who could live in the area.

Shoppers Action News spoke with said they plan to be more vigilant of their surroundings now.

"I usually just leave it in my cart, and especially in this neighborhood, we just don't really hear of much crime so I think we're not as vigilant," said Stella Benakis, from Huntingdon Valley.