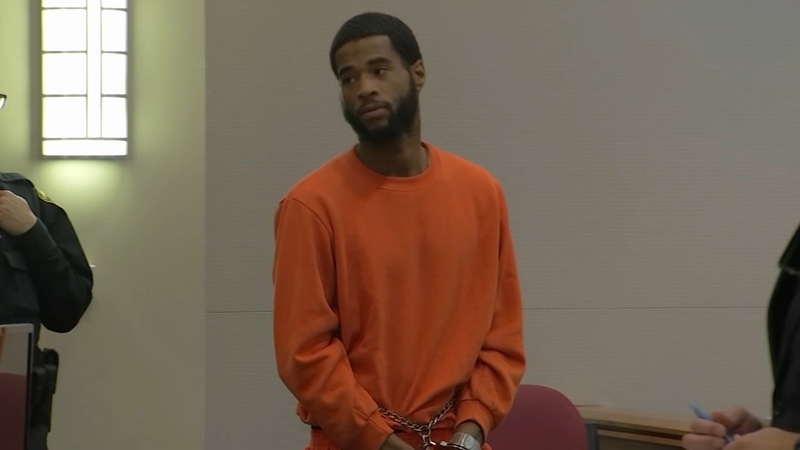 Alvin Wyatt, 31, walked into an Atlantic County courtroom for the first time since he was charged with the murder of 10-year-old Micah "Dew" Tennant.

On Friday, November 15, shots rang out in the third quarter of a high school playoff game between Pleasantville and Camden.

Wyatt was arrested at the field in the midst of the chaos. A 15-year-old suffered a graze wound, a 27-year-old was shot and seriously injured, and Micah Tennant was shot in the neck. He died a few days later.

During Wyatt's detention hearing the judge ruled that he should remain behind bars as he awaits trial.

"This defendant's conduct was exceedingly violent and dangerous. And could have caused even greater widespread harm," said Judge Bernard DeLury.

Also in court Wednesday were Michael Mack and Tyrell Dorn, who face weapons charges. Prosecutors say both left the game in a BMW along with Vance Golden and Shahid Dixon after the shootings, leading police into Atlantic City and tossing a handgun out of the vehicle. Judge DeLury also ordered Mack and Dorn to remain behind bars.

Defense attorneys for Mack and Dorn tried to distance their clients from the shootings, even bringing up the possibility of a change-in-venue request because of the high profile nature of the case.

"The thought by the general public that my client is involved in the shooting of this young boy. Because he's not," said Michel Schreiber, defense attorney for Tyrell Dorn.