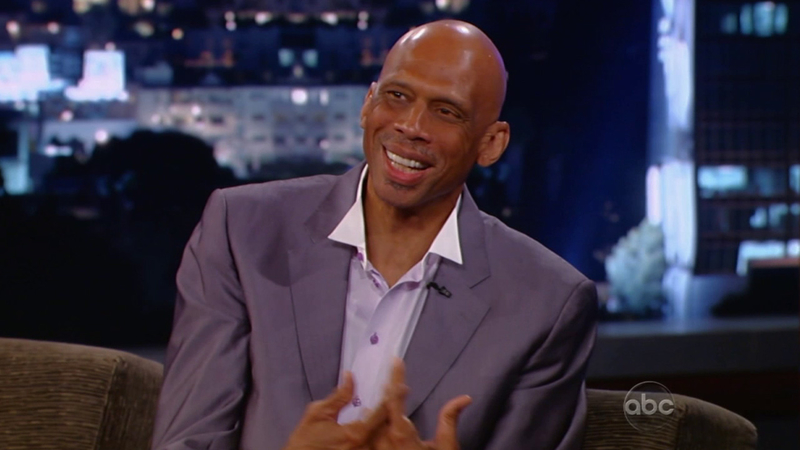 The 28-year-old was booked Wednesday on suspicion of assault with a deadly weapon, a spokesperson for the Orange County Sheriff's Department said. He was released on $25,000 bond the same day.

According to authorities, deputies responded Tuesday night to a call of a stabbing in San Clemente.

The suspect was taken into custody without incident, officials said. He was later identified as Abdul-Jabbar.

The victim, Ray Winsor, drove himself to a hospital with multiple injuries that were not life-threatening, the sheriff's spokesperson said.

Winsor told our sister station KABC that he's lucky to be alive after being stabbed seven times, with the knife even puncturing his head.

Residents in the area described Abdul-Jabbar as a "good kid" and were shocked by the alleged violence.

Winsor said the confrontation started over trash cans, an ongoing issue between the two for the last couple of years.

"I sort of got on him because the lady who takes care of him is 83-year-old, he doesn't do anything for her and it just bums me out, she's in a walker taking her trash cans down," Winsor said.

Winsor said Abdul-Jabbar went into his home, but then came back out.

According to Winsor, the 28-year-old said he was going to stick a knife through his neighbor's teeth.

It was a statement that Winsor thought was a joke because, he said, "of the relationship we've had for years."

After Winsor started to walk away, he said he thought he felt punching.

"I thought he punched me a couple of times, but then I saw blood," Winsor said. "I said, 'Dude, you stabbed me.'"

Winsor said as he tried to make it back into his house, Abdul-Jabbar was standing in front of him. That's when he punched Abdul-Jabbar.

"One punch and it knocked off his glasses. I think it knocked the knife out of his hand, I'm not sure because it was dark out there," Winsor said.

KABC spoke to Adam Abdul-Jabbar briefly outside his home, but he did not wish to give a statement.

Winsor said Abdul-Jabbar apologized to his wife the day after the stabbing.