WPVI
By George Solis
BRIDGETON, New Jersey (WPVI) -- The search continues for a girl now missing for nearly a week after vanishing from a Bridgeton, New Jersey park last Monday.

The reward for information leading to the whereabouts of Dulce Maria Alavez, who was last seen in a park around 5 p.m. Monday, has grown to $35,000. An Amber Alert remains in effect.

During the vigil, family members explained how hard this week has been.

"At home, there is an emptiness since she hasn't come back," said Dulce's uncle, Abad Perez Alavez. "She hasn't hurt anyone, she's only an innocent child, who likes to have fun and play games. We don't why she's disappeared."

Dulce's grandmother made a plea for anyone with information to please come forward.

"I beg you, if you know something please call the police because the truth is the people that have the little girl don't know what you're causing us. I don't understand what's going on," said Dulce's grandmother, Norma Perez Alavez.

Law enforcement extended their search by air and by ground on Friday near the area she was last seen.

"At this point in the investigation, we continue to follow all possibilities. We remain hopeful that we're going to find Dulce alive," said a person speaking for the Alavez family.

During a news conference, Cumberland County Prosecutor Jennifer Webb-McRae pleaded for anyone, including undocumented immigrants, to come forward with information.

Earlier Thursday, investigators were at Bridgeton City Park with bloodhounds tracking the 5-year-old's scent. They picked up something for approximately an hour, but then lost it.

They also visited the family's home, too.

Police reiterated on Friday that the family has been very cooperative.

Residents nearby are on edge.

"Everybody is worried about their own family it's pretty scary," said father Antonio Garcia. "I'm still playing ball but I'm alway keeping an eye on them now, you never know."

"It's not the same aside from being here, we are with our kids but at all times we are looking to make sure they don't get away from us or looking to see if we see anything strange," said parent Luz Maria.

Video taken shortly before Dulce Maria Alavez disappeared shows the child stopped at a store to get ice cream with her mother and brother.

At the time, Alavez was wearing a yellow shirt, black and white checkered long pants with a flower design and white sandals.

Once at the park, Alavez's mother Noema Alavez Perez said her daughter was playing on the swings with her 3-year-old brother, while she remained in a car with an 8-year-old relative approximately 30 yards away.

Authorities said they have reports Alavez was taken by a light-skinned, possibly Hispanic male, roughly 5-foot 6-inches tall. He was believed to be wearing orange sneakers, red pants and a black shirt at the time of the incident.

Police said the man led Alavez from the playground at the park to a red van with a sliding door and tinted windows. The man then allegedly fled with the girl.

It's unknown if the man knew the girl or her family.

Webb-McRae said they are willing to expand beyond that theory and that the man's role may have been a possible witness.

"Our hope and expectation is that anyone who thinks that they saw anything that was remotely suspicious or could contribute to the return of Dulce to her family, we're asking them, we're appealing to them, we're encouraging them to come forward," Webb-McRae said.

Anyone with information on her whereabouts should call the Bridgeton Police Department at 856-451-0033.
Report a correction or typo
Related topics:
bridgetonsearchnew jersey newsmissing girlamber alertabductionsearch and rescueinstagram storiesmissing children
Copyright © 2020 WPVI-TV. All Rights Reserved.
MISSING GIRL 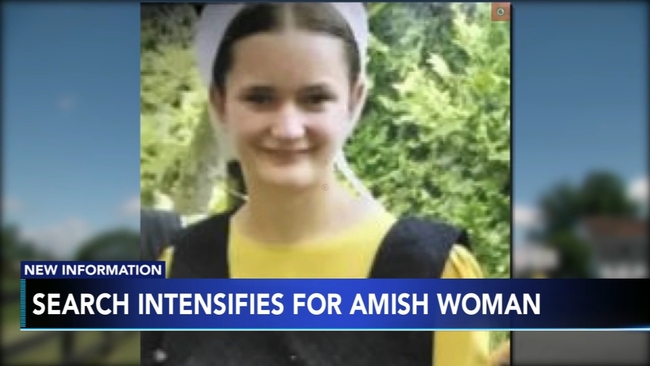