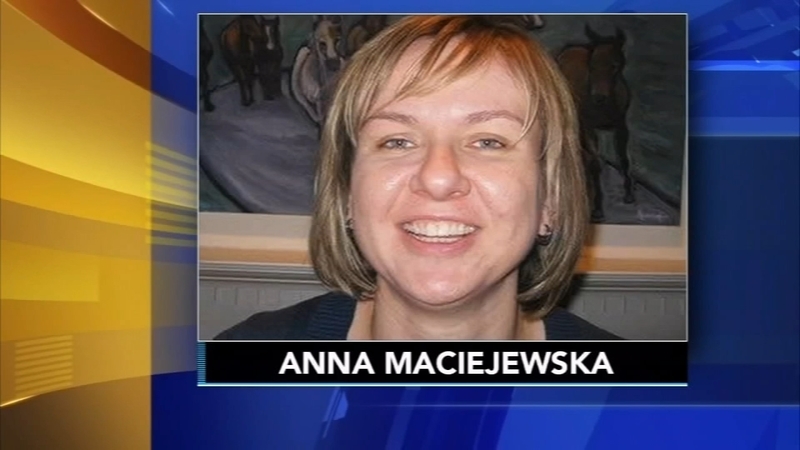 Late Thursday afternoon, Pennsylvania State Police used a ram to open the door of a townhouse belonging to the missing woman and her husband.

Police believe the couple had used the building for storage at the time of Maciejewska's disappearance almost two years ago.

Pennsylvania State Police Corporal Robert Kirby said, "We have been working this case from day one. We came up with new information that led us to get a search warrant at this residence and we are working closely with Chester County District Attorney's Office."

Maciejewska went missing under mysterious circumstances apparently from the family's newly built home in Malvern sometime between March 28 and April 11 of 2017.

Her blue Audi was found abandoned a few miles away some days later.

Her husband, Allen Gould, reported her missing. He initially talked to police, but now refuses to co-operate, talk to reporters, or friends who have organized searches and a Find Anna Facebook page.

Police believe she is dead, the victim of a homicide, and now call her husband a person of interest.

"Allen is a person of interest in this case. He has information that could help us with this case. Allen has not told the truth and again we want Allen to come forward and talk to us. We would like him to come here today," said Corporal Kirby.

So far, there has been no comment from Gould.