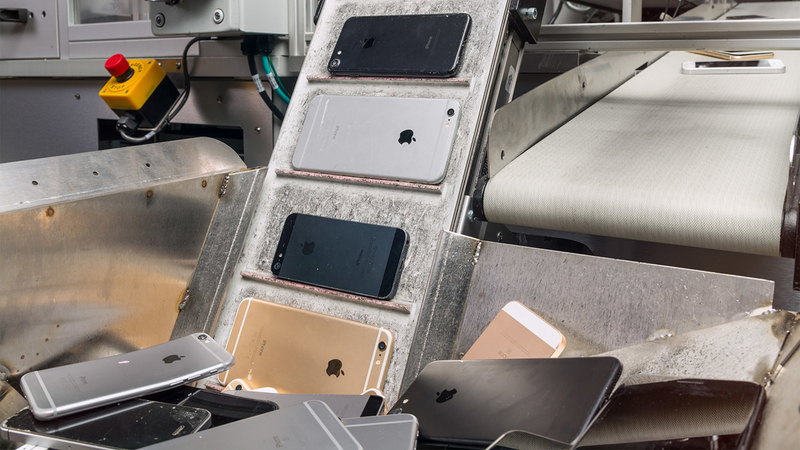 CUPERTINO, Calif. -- It took Apple less than a decade to sell a billion iPhones, but where do those devices land at the end of their life?

Some of them wind up with Daisy, the second-generation recycling robot Apple introduced for Earth Day. Daisy can disassemble up to 200 iPhones per hour to harvest the valuable materials within the devices for recycling.

The robot looks for parts like the phone's enclosure, camera, speaker and logic board. For every 100,000 phones processed, Daisy can harvest more than 4,000 pounds of aluminum, two pounds of gold and 15 pounds of silver.

Daisy harvests parts from iPhones turned in through Apple's GiveBack program, which offers customers gift cards worth up to $315 for eligible smartphones, even ones that aren't made by Apple. If a phone or other device is not eligible for a credit, Apple will recycle it for free.