At around 3:30 p.m., the man police believe was the intended target, 19-year-old Marquis Wesley, had just paid his cell phone bill at City Paging and Communications on the 2100 block of South 67th Street in Southwest Philadelphia and was walking back to his home.

That's when a second man opened fire on a crowded street, not only hitting Wesley, but two other children who were just outside and enjoying the beautiful afternoon.

Police say while the teen was inside, the gunman was also in the store pretending to be interested in phones.

When Wesley left, so did the shooter, who quickly opened fire with a 45 caliber handgun, hitting Wesley multiple times in the back.

But he wasn't alone.

Just 25 yards up the road, a group of kids had been outside playing on the block.

2-year-old Deshawn Brown was struck in the leg, while his 8-year-old brother Joseph was hit in the rear.

The gunman was wearing a dark hooded sweatshirt and he is believed to be between 19 and 25.

He took off running and police are looking for tips to get him off the streets.

"A lot of kids live in this community, they should be able to come into the streets anytime to play, you have people working in businesses in this block, and this guy's careless regard for anyone in this community is a disgrace and we're going to do everything in our power to get him into custody," Lt. John Walker of Philadelphia Southwest Detectives said.

The children were taken to Children's Hospital of Philadelphia.

Deshawn is listed in critical condition and undergoing surgery. Joseph is stable.

Wesley underwent surgery and has been upgraded to fair condition at the Hospital of the University of Pennsylvania.

Police have obtained surveillance footage they believe will help locate the gunman. As for the motiviation behind the shooting, that's still being investigated.

Authorities have told Action News that Wesley is known to police.

Officials say Wesley and the children have no relation other than living on the same block. 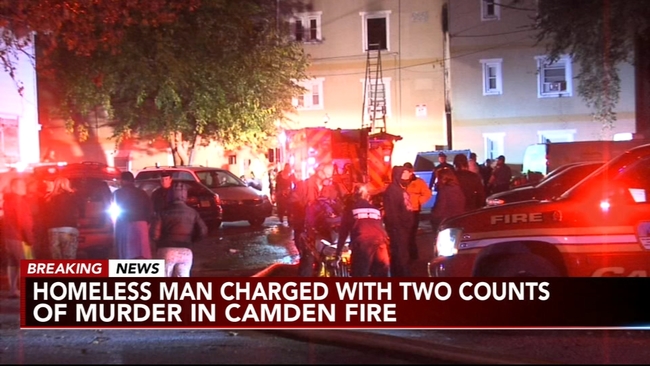