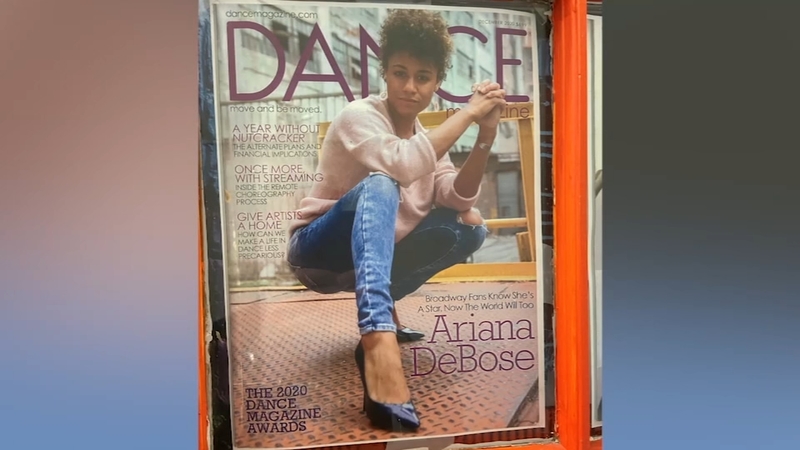 RALEIGH, N.C. -- One of the stars at the Oscars on Sunday we'll be watching closely is Raleigh's own Ariana DeBose. She is up for Best Supporting Actress for her portrayal of Anita in Steven Spielberg's production of "West Side Story."

Sunday is also a big mom'ent for CC and Co. Dance Complex in North Raleigh. Ariana started there in 6th grade, learned her craft and stayed all the way until finishing Wake Forest High School.

"She was a talent from Day 1, she knew what she wanted," CC and Co. Dance founder Christy Curtis said. "She was a super go-getter and worked super hard."

Christy founded the studio 17 years ago. She said Ariana has come back to teach classes and kids who are learning their craft have been inspired.

Curtis said the pictures of her on the wall inspire dancers daily as well.

"She just let a whole bunch of people know that they can find their own way through getting to their passion and purpose in life in a unique way," Curtis said.

Curtis and many others will be watching Sunday at the Theatre Raleigh about ten minutes from the dance studio.

Ariana's mom Gina, an 8th grade teacher at Wakefield Middle School, will be flying to Los Angeles to be with her daughter in person.

She said she was in the studio grading papers while Ariana pursued her dreams.

"Going out and having the opportunity to network with professionals in the industry I think helped Ariana opened up a lot of doors for her that maybe she didn't know she had," Gina said.
Report a correction or typo
Related topics:
arts & entertainmentraleighoscarsacademy awardsdanceactorsteven spielbergotrc
Copyright © 2022 WTVD-TV. All Rights Reserved.
OSCARS
Harlem Cultural Festival to return to NYC
Jada Pinkett Smith says her family is 'healing' in 'Red Table Talk'
Will Smith gets 10-year Oscars ban over Chris Rock slap
Glam Lab: Roll out the red carpet for Hollywood waves
TOP STORIES
Former Pa. AG sent to treatment after probation violation
DC attorney general sues Mark Zuckerberg over data breach
'I fought': Trevor Reed describes his survival in a Russian prison
6 dead, multiple injured in Philadelphia weekend shootings
Arby's is selling a fast-food staple it's never offered before
Teen, officer and driver injured after police chase ends in crashes
2 men stabbed at Philly train stations, including 30th Street Station
Show More
Starbucks is leaving Russia for good
More than 75,000 pounds of baby formula lands in US amid shortage
Something strange is happening with our universe: NASA
Mask mandate returns to School District of Philadelphia
Pfizer: COVID vaccine for kids 6 months to 5 years old 80% effective
More TOP STORIES News