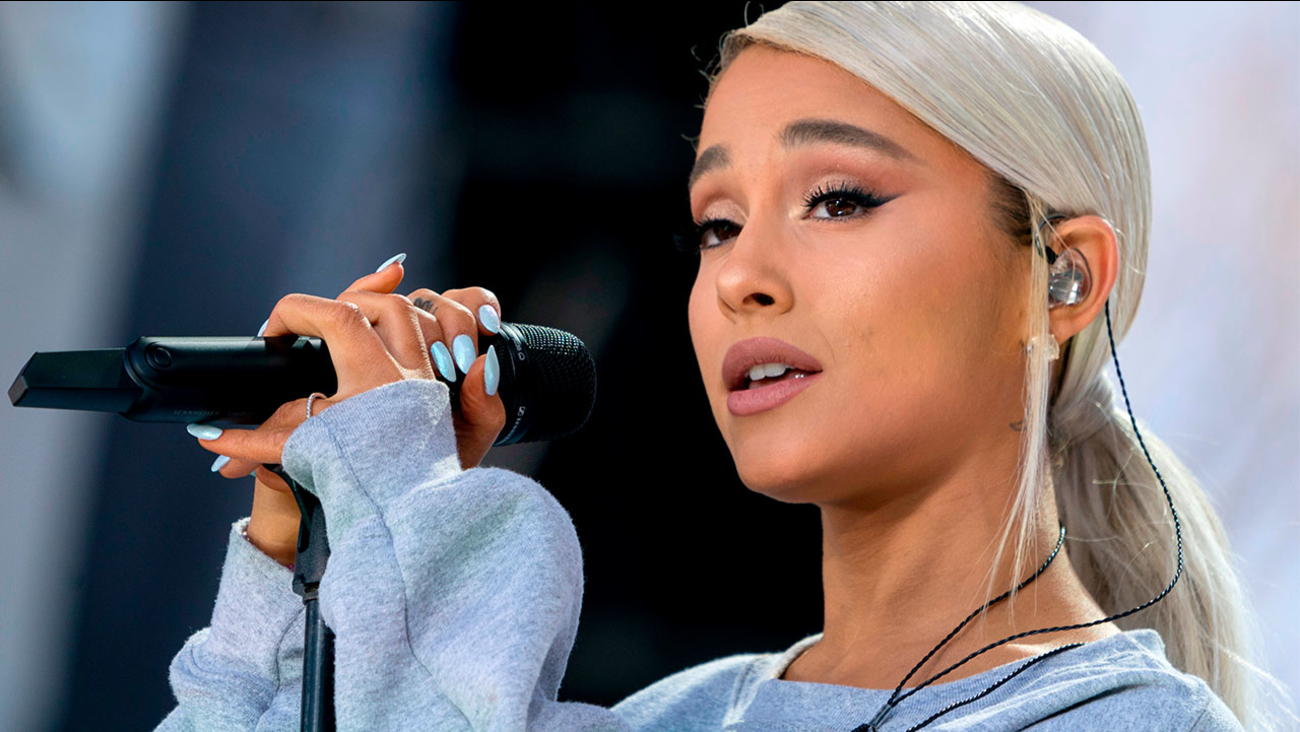 NEW YORK -- Ariana Grande has released her first song since a 2017 terrorist attack during her concert in the United Kingdom.

The 24-year-old posted a video of "No Tears Left to Cry" on Instagram on Friday.

The emotional song includes the lyrics: "Right now I'm in a state of mind/ I wanna be in like all the time/ Ain't got no tears left to cry/ So I'm pickin' it up, I'm pickin' up."

Grande suspended her Dangerous Woman Tour after a terrorist bombing killed 22 and injured more than 500 at Manchester Arena in May 2017. She returned for the One Love Manchester charity concert weeks later.