VIDEO: Volunteer firefighter saves 4-year-old who flew out of bus 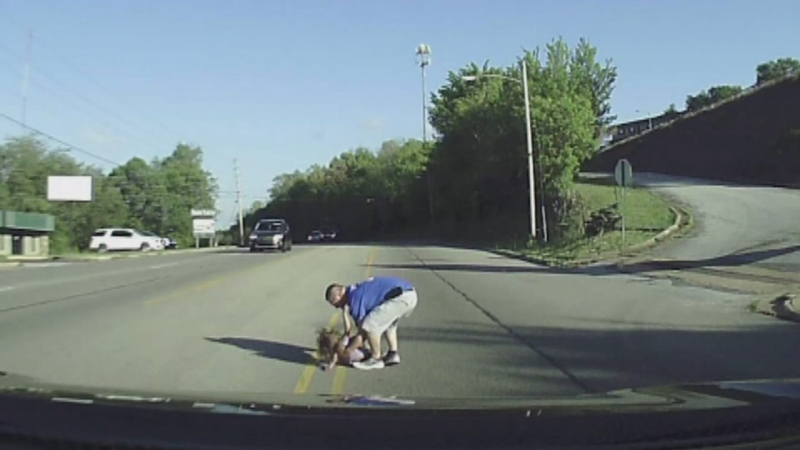 HARRISON, Arkansas -- A volunteer firefighter was in the right place at the right time when a little girl flew out of the back of a moving bus.

The jarring scene unfolded on Highway 65 in Harrison, Arkansas. According to authorities, the young girl somehow managed to unlock the back door of the bus she was riding.

She flew out of the door, landing on the pavement just as Ryan Ciampoli pulled up, catching the entire ordeal on his dashboard camera.

Ciampoli said the young girl appeared to be unconscious at first, but she began to wake up when he approached her.

"The shock kicked in her little body and she started kicking and screaming," Ciampoli told KHBS-TV. "Stuff like that is really heartbreaking."
Within five minutes, paramedics were on the scene, and the girl was taken to a local hospital. She was diagnosed with a broken jaw and will need surgery, but she is expected to survive.