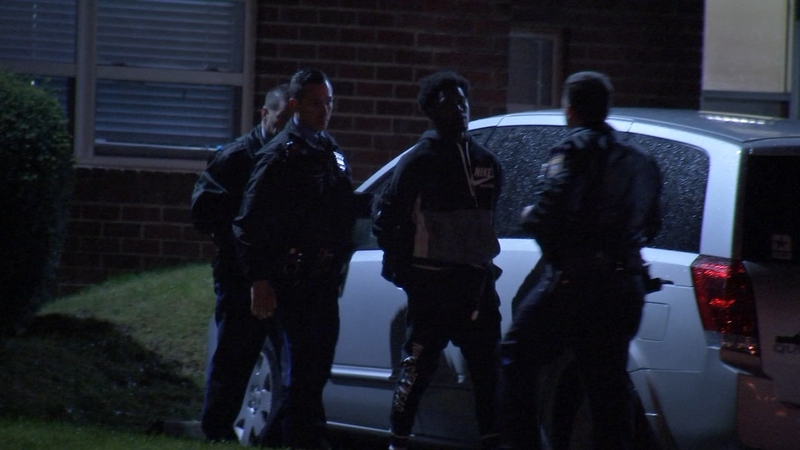 Only Action News was there as officers caught up with the 20-year-old suspect along the 6000 block of Oakland Street in Northeast Philadelphia around 8 p.m. Monday.

Detectives said the 20-year-old and another man fired at least one shot at the victim in a driveway on the 100 block of West Cheltenham Avenue.

The 28-year-old victim, who was not hit, told police he had just exited the home of a friends' house when he was approached by the two suspects.

Detectives used the cell phone to track the car. They picked up the cell phone's signal, and the Camry, less than two miles away from the robbery scene.

Police said the suspects, aware of the police presence, abandoned the stolen car on the 1500 block of Steven Street.

"That's where the driver and the passenger exited and fled on foot," Small said.

Officers chased the 20-year-old suspect on foot for approximately two blocks before he was apprehended on the 6000 block of Roosevelt Boulevard.

Police said a gun was recovered in the vehicle.

The 20-year-old suspect was taken into custody. Small said he was positively identified by the victim and is facing multiple charges.

The accomplice remains on the loose.