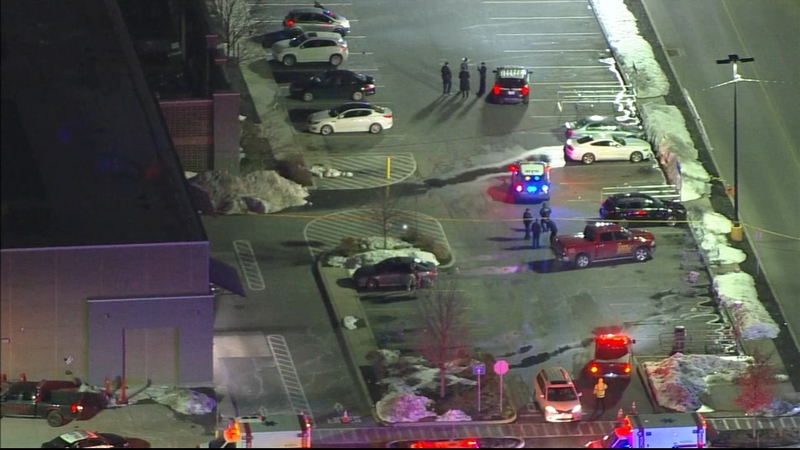 WHITEHALL TWP., Pennsylvania (WPVI) -- Police have made an arrest in the deadly shooting that happened Friday night outside a Walmart in Whitehall Township, Lehigh County.

The suspect is identified as Edward Joel Rosario-Jimenez, 23, of Whitehall.

He has been charged with criminal homicide, attempted criminal homicide and aggravated assault; all felonies of the first degree; and firearm not to be carried without a license, a felony of the third degree, officials say.

The shooting happened around 7 p.m. on the 2600 block of MacArthur Road in Whitehall Township.

Police said the shooting in the parking lot left one person dead and another injured.

On Sunday, the coroner's office identified the victim who died as 20-year-old Nicolette Law of Allentown.

The cause of death is gunshot wound(s) to the body and the manner of death is homicide, the coroner's office said.

One female witness told police that she arrived at the Walmart with Rosario-Jimenez and two other people and that Rosario-Jimenez got into an argument with one of the victims.

Police say a gun was later found in a snowbank.

Witnesses at the scene said the incident happened very suddenly.

"As I'm walking in, I hear like a 'boom, boom.' I thought it was a car exhaust or something," Qusai Muhasen of New Jersey said.

"As we were coming in the parking lot, we saw one of the Whitehall police cars come flying up the main entrance over here near T.J. Maxx and then heading towards Walmart," said Scott Dias of Upper Macungie. "Within seconds, we saw like more than five or six police cars show up."