At least 11 shot during weekend violence in Philadelphia 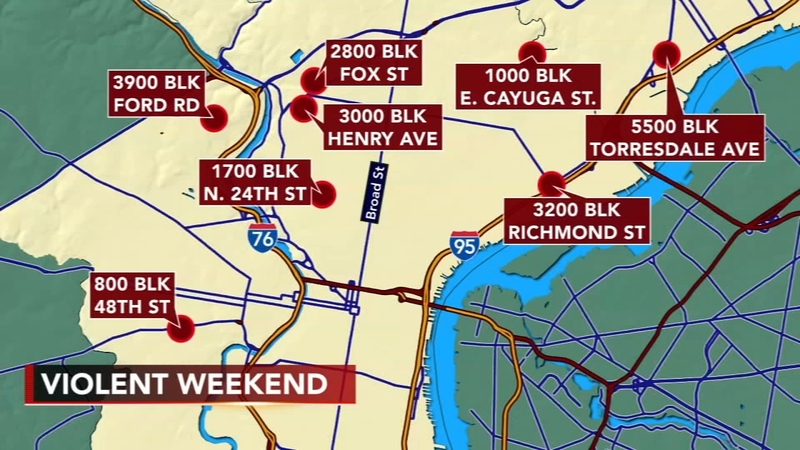 At least 11 shot during weekend violence in Philadelphia

PHILADELPHIA (WPVI) -- It has been another violent weekend in Philadelphia.

According to police, 11 people have been shot since early Saturday morning.

Officers have responded to eight shootings since 9:30 p.m. Saturday.

The most recent shooting happened just after 2:30 p.m. Sunday in Tioga Nicetown.

A 26-year-old man was injured and taken to the hospital in stable condition.

Police say the shooting happened during an attempted robbery. Four suspects ran from the scene.