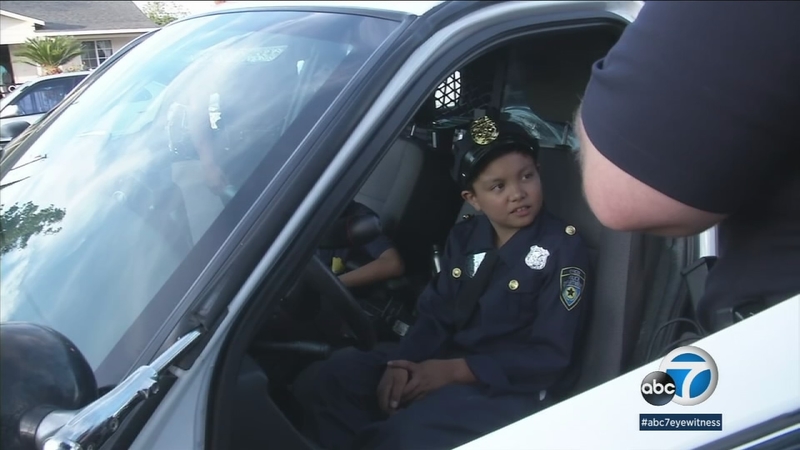 SANTA ANA, Calif. (WPVI) -- When Miguel Rubio's parents asked him what kind of theme he wanted for his 10th birthday, he didn't need to think. He loves video games, so "Minecraft" was his pick.

Miguel, who has autism, also loves the police.

He asked his parents if he could have real officers at his party, so he could ask them questions.

Not actually expecting a response, his mother emailed the Santa Ana Police Department in California, asking if an officer could stop by.

She told them her son was born with autism and it would mean a lot.

When it was time for his party, it was more than just one officer stopping by.

A handful of officers showed up escorting a video game bus for Miguel.

"We felt it was very important for us to come out and help them celebrate the birthday," said Santa Ana Chief Carlos Rojas.

And when Eyewitness News told video game bus operator Roy Fortune about Miguel, he knew he wanted to help.

"When I can do something like this, it makes my day really," Fortune said. "Everybody's thanking me for being here, but I really like being here."

Miguel's father - also Miguel, said he was grateful for the support offered to his son.