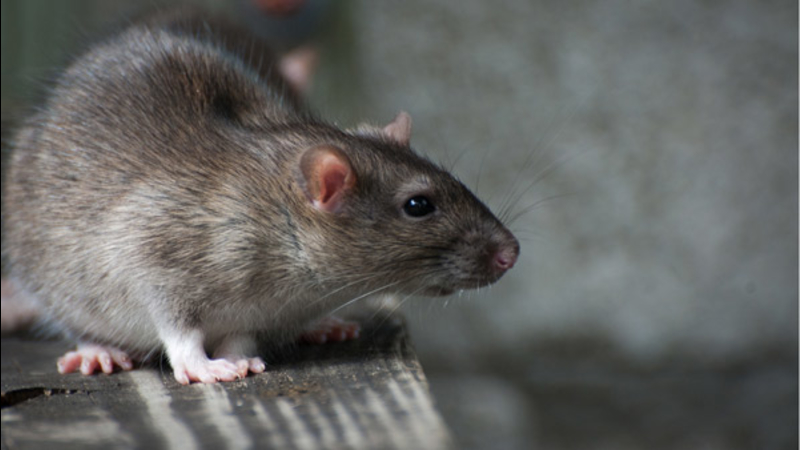 A furry little culprit is causing big problems for car manufactures and, possibly more importantly, for drivers whose vehicles are being destroyed.

Now lawsuits are popping up across the country claiming rodents are responsible, eating cars from the inside out. And it's likely not covered under your warranty.

Alice Clark, a rat enthusiast, says her cuddly little "pets" wouldn't hurt anyone, but what they could do to the insides of your car is a different tail.

"It's edible, rats will eat pretty much anything that's edible," Clark said.

Clark feeds her rats soy. And critics say as car companies are going green, they've also turned to soy as an eco-friendly alternative to plastic for wrapping wires and car parts.

Driver Sandy Medina doesn't know how long she had furry friends living under her hood.

"Driving around there could have been something underneath while I was driving it and who knows, maybe something would have popped out!" Medina said.

After owning her Toyota Forerunner for just three months, Medina says the first sign of trouble was when her engine light went on and she took it to her dealer.

She says mechanics told her these pests weren't just making her car their home, they were making it their meal.

"I don't even think that there was anything left. Everything was eaten," Medina said.

She fears it wasn't only bad for her car, it was a potential fire and safety hazard, too.

"I felt that my life was in danger," Medina said.

Kabateck has filed a class action lawsuit against Toyota, which is one of the manufacturers allegedly using a soy based compound for wire insulation.

The lawsuit says the soy is "baiting rodents" and "enticing these pests to chew through... the wiring" which could "leave the vehicle partially or completely inoperable."

Kabatech says it's unknown how many manufacturers are using soy in their cars, but Toyota and Honda are two of the most prevalent.

He believes Toyota is using soy to cut costs, not necessarily to go green, and they are leaving car owners to pay for it.

While some insurance companies, like Medina's, will pay for repairs, the class action cases says Toyota won't cover it under their warranty. Medina says the wires in her truck were replaced with the exact same soy wire covers.

"They can't guarantee that it's not going to happen again," Medina said.

Mark Zickler of Terminix says, "Soy is a little bit sweeter than chewing on a petroleum product, obviously."

Honda has said that rodents chewing wiring has been a longstanding problem and they have seen no evidence that anything in their wiring is increasing rodents gnawing tendencies. Nonetheless, they have come out with a fix - spicy tape - that costs about $45.

"You wrap the wiring throughout your vehicle and it has a really super spicy flavoring in it that deters them from wanting to chew on it," Zickler said.

He also recommends owners move their cars, instead of leaving them in one place for long periods which makes them a more likely home, parking inside, and using traps and moth balls to deter rodents.

"They can come from anywhere and surprise you," Zickler said.

Medina, who is part of the class action lawsuit, just wants to warn other drivers and she wants manufactures to fix the problem, without passing the buck to consumers.

"Why wait until something catastrophic to occur, why can't you do something now?" Medina said.

In a statement to Action News Toyota said "rodent damage... occurs across the industry and is not brand or model specific. And they are "not aware of any scientific evidence that shows rodents are attracted to automotive wiring because of alleged soy bases content."

Honda tells us they believe the class action lawsuits have no merit.

Rodent damage to vehicle wiring occurs across the industry, and the issue is not brand- or model-specific. We are currently not aware of any scientific evidence that shows rodents are attracted to automotive wiring because of alleged soy-based content. Because these claims are the subject of current litigation, we cannot comment further.

It is a long established fact that rodents are drawn to chew on electrical wiring in homes, cars, or anywhere else where they may choose to nest.
Honda introduced a rodent-deterrent tape a few years ago to help combat this age-old issue for customers who live in areas where rodents have caused prior damage. Our attempt to provide some protection for our customers against this natural behavior should not lead to the assumption that Honda created the issue in the first place.

Further, Honda sources parts, including electrical wiring and wire harnesses, from several different suppliers who each have their own proprietary formula for wire insulation and wire harnesses. Honda has not received any confirmation from its various suppliers that the wiring insulation and harnesses used in Honda vehicles are soy-based, as the plaintiffs allege. Honda is not aware of studies or information indicating that any of the wiring insulation or other components used for Honda vehicles are derived from substances that attract rodents or increase their propensity to chew on wiring or other components in engine compartments. It is Honda's understanding that rodents may seek shelter in engine components and once inside, can cause damage as a natural result of their need to chew and use material that has been chewed for nesting. Honda is not aware of any information suggesting rodents use wire insulation as a food source.

Class action lawsuits have been filed against a number of auto manufacturers alleging that vehicles contain soy-based wiring insulation and that such insulations attracts rodents to chew on the insulation. Honda believes that the class actions filed against it have no merit.