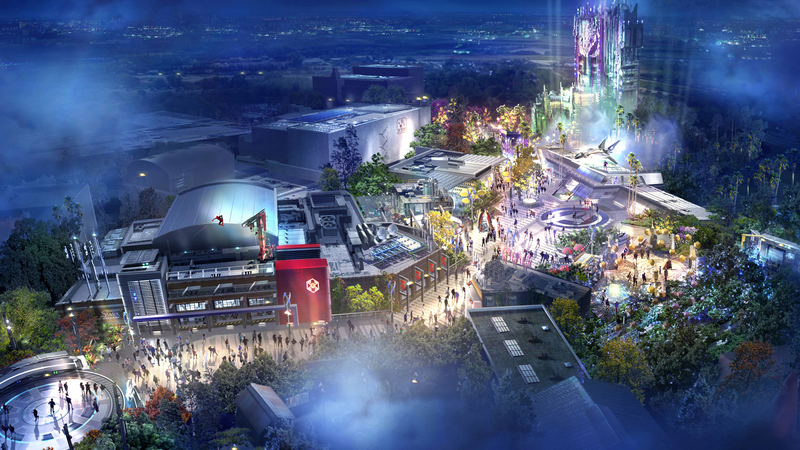 ANAHEIM, Calif. -- Do you have what it takes to become a superhero? Find out at Avengers Campus, which begins "recruiting" at Disneyland's California Adventure park in summer 2020!

At the Pym Test Kitchen, "Pym Technologies (uses) the latest innovations to grow and shrink food at this eatery" -- just like Ant-Man and The Wasp.

Throughout the campus, visitors should expect heroic encounters with Black Widow, Ant-Man and The Wasp, Doctor Strange, the Guardians of the Galaxy and Iron Man, along with superheroes from Wakanda and Asgard.

The park's second phase will feature the recognizable Avengers Headquarters building, which will house a new ride that lets visitors "step onboard a Quinjet and fly alongside the Avengers in an epic adventure to Wakanda and beyond," according to Disney.

The Avengers Campus will replace A Bug's Land, which was based on the beloved 1998 Pixar film "A Bug's Life."