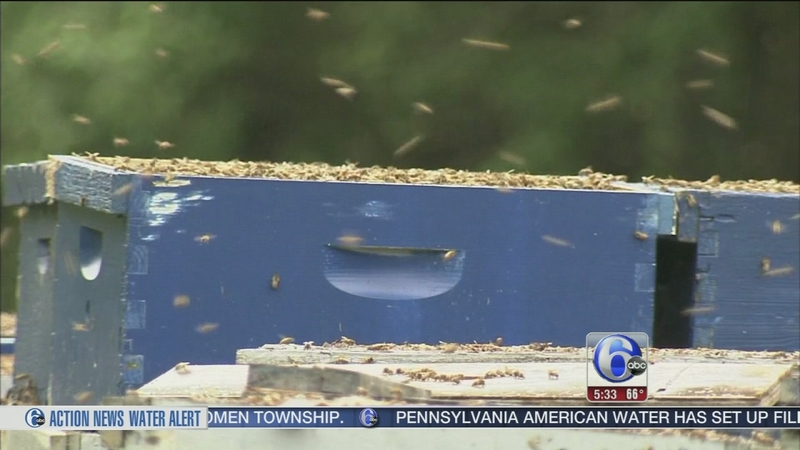 VIDEO: Driver cited after bee crash on I-95

Delaware State Police have cited the driver of a tractor-trailer that overturned in Newark, Delaware Tuesday, freeing millions of bees and shutting down an interstate highway on-ramp for hours.

Adolfo Guerra, 55, of Miami, Florida, was cited for transporting unsafe, shifting cargo in connection with the crash. 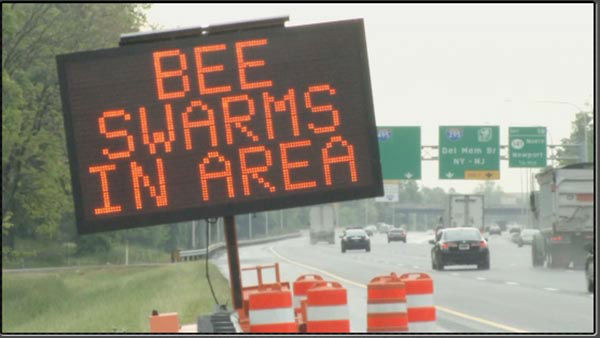 Investigators say it was 6:10 p.m. Tuesday when Guerra entered the ramp from Route 896 to I-95 North in Newark.

As he made the turn on the ramp, the load of wooden crates on his truck's flatbed trailer, which contained 16-20 million European honey bees, shifted.

The load shift caused the rig to overturn on the left side of the ramp, hitting the guard rail.

Three people riding in the tractor-trailer, Guerra and two passengers, were able escape.

Guerra and a 25-year-old man from Hialeah, Florida were each stung 50-100 times, police said.

All were taken to the Christiana Hospital Trauma Center for treatment.

The impact of the accident released swarms of bees from their crated hives and shut down the area.

Firefighters spent much of the day Wednesday spraying foam and trying to kill or disperse the remaining bees.

Dr. Debbie Delaney, a professor at Delaware University, is an expert in Apiculture which is the study of bees.

She was among a handful of beekeepers who worked feverishly to save the honey makers and in the process suffered roughly 50 bee stings each.

"It hurts, it always really, really hurts - even one sting," said Dr. Delaney.

However she says residents need not be alarmed.

While road signs warned drivers about the bees, Dr. Delaney says people likely won't notice the recent surge in the bee population, especially given the location of the accident.

"In terms of other people getting stung, they are really going to be just in that vicinity. They are going to stay close to their colony or as close as they can," said Dr. Delaney.

The bees are from Florida and were destined for a pollination program in Maine.

Robert Harvey of Harvey's Honey Farm in Monroeville New Jersey is holding the salvaged colonies and the owner is expected to pick them up.

"We are going to load what's left and they are going to go where they are supposed to go in Maine or he is going to take them back to Florida to assess how they are and see what's savable," said Harvey.