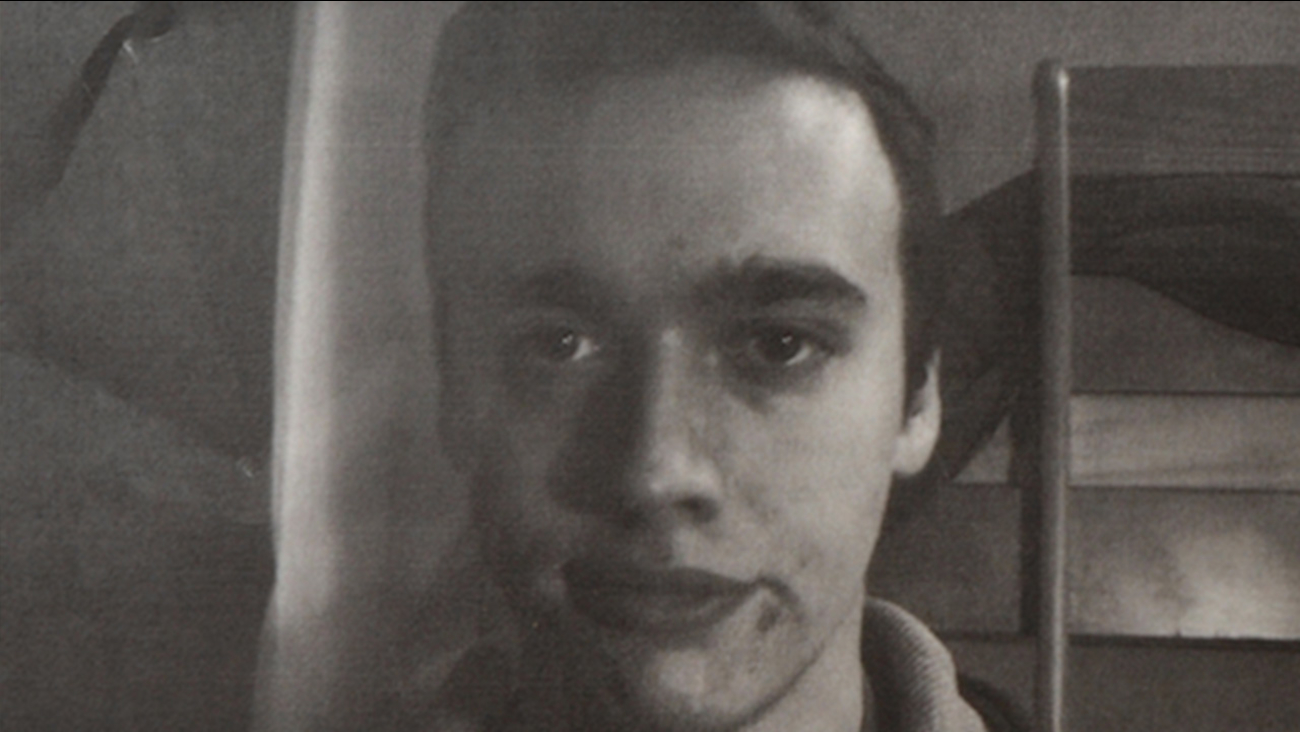 Ben Moynihan, pictured above, has been convicted for attempted murder of three women "in revenge" for him not being able to lose his virginity. (Hampshire Constabulary)

A British teen has been convicted of attempted murder of three women "in revenge" out of frustration of not being able to lose his virginity.

Ben Moynihan, 18, from Portsmouth, Hampshire, stabbed and attempted to murder three women aged 20, 45, and 67, respectively, this past June and July. Moynihan wrote in a note to police "all women need to die" and that he was frustrated with "fussy" women, according to BBC.

In a note left by Moynihan, he stated "I am still a virgin, everyone is losing it before me, that's why you are my chosen target." According to BBC, Moynihan left two notes for police. One note read "every time I stab someone I like to go home and smell the flesh I have ripped out. Come and arrest me for God's sake before I hunt for my fourth victim."

Another excerpt from the notes read "I was planning to murder, mainly women, as an act of revenge because the life they gave me." 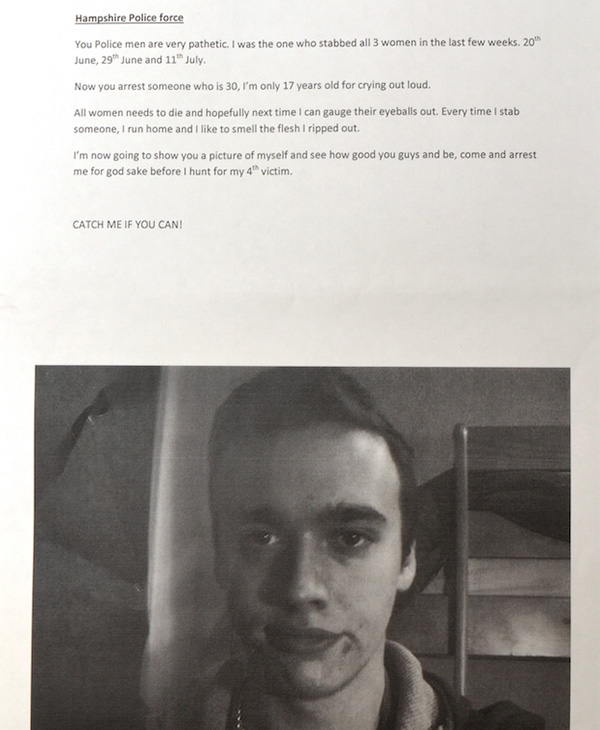 Moynihan also kept what prosecutors are referring to as a "Diary of Evil," detailing the teen's plans and motives.

"I was planning to murder, mainly women, as an act of revenge because the life they gave me," Moynihan's diary read, according to BBC. "I'm still a virgin at 17."

I attack women because I grew up to believe them as a more weaker part of the human breed," Moynihan wrote. "I also done it to get out of this horrible life with more stress and to save myself and my family, I'm not a bad child and didn't want to do this but have no choice." 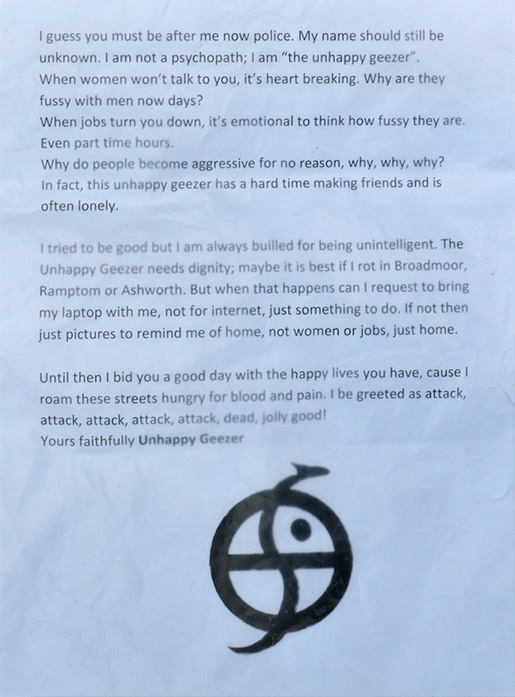 It was revealed during court that Moynihan has autistic spectrum disorder, according to BBC. He will be sentenced at a later date.