Illinois man in coma after bowling ball thrown at head 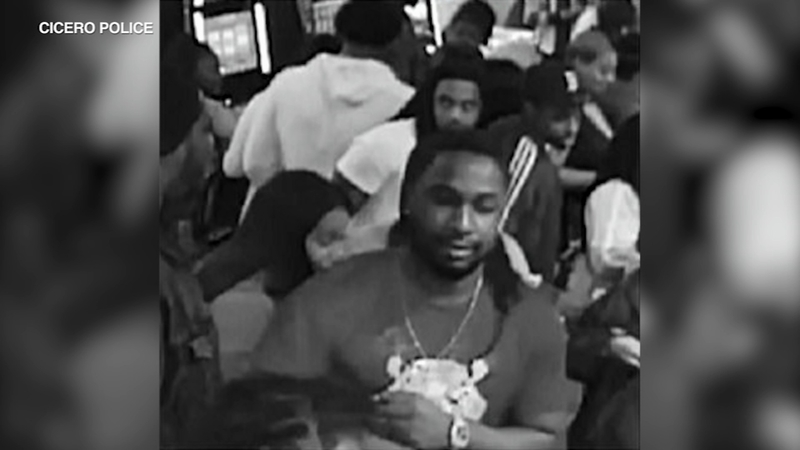 CICERO, Illinois (WPVI) -- Police in west suburban Cicero are asking for the public's help in finding a man who threw a bowling ball at another man's head, leaving him in a coma.

Authorities have released an image of a suspect wanted for questioning in the incident. Police said he was involved in a bowling alley brawl on Wednesday night at Town Hall Bowl in Cicero.

Investigators identified him from a video of the fight posted on social media. The man can be seen raising a bowling ball and slamming it down onto the victim's head as security guards attempt to control the crowds.

Police said the suspect drove off in a 2018 Range Rover with a Wisconsin Plate: AFS-3400. The 28-year-old victim, identified as Damante Williams, is now in a coma at Loyola Hospital.

The Cicero Police Department is attempting to identify the below listed subject. If you have any information, please contact the Detective Division. pic.twitter.com/yWmU4GLAGb

The fight broke out during an open bowl promotional night. Police said it's a night that has sparked trouble in the past at the bowling alley on West 25th Street.

Police told WLS-TV that they have told the establishment to call 911 immediately when there's a problem, but that night no one picked up the phone. Instead, someone ran outside and flagged down a patrol car. By that time the suspect had left.

Police are also looking for others involved in the fight and they believe some of them may be from Chicago.