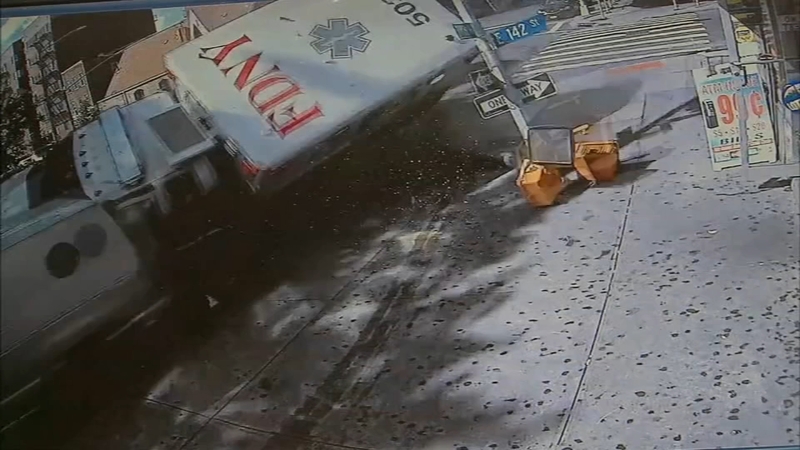 NEW YORK -- Ambulance workers themselves needed ambulances after two of their medical vehicles crashed in the Bronx.

Fire department officials say four emergency workers were injured and needed medical attention Saturday afternoon when one of the ambulances plowed into the other at an intersection in the Mott Haven neighborhood.

Surveillance video from the scene showed the ambulance that was struck flipping onto its side and slamming into a street sign and a parked vehicle.

There were no patients in either ambulance.

The emergency medical workers were taken to Lincoln Hospital and treated for non-life-threatening injuries.

The accident snarled traffic from the Bronx to Manhattan's East Side.