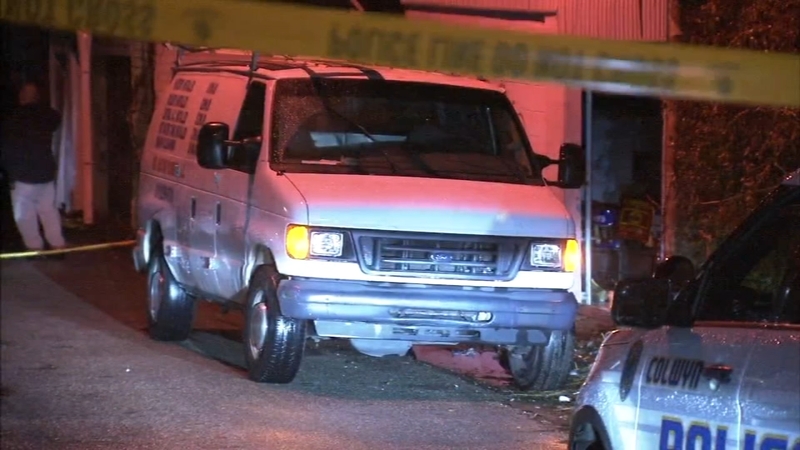 Plumber shot and killed in Colwyn

COLWYN, Pa. (WPVI) -- The family of a man gunned down in Colwyn, Delaware County Sunday night is speaking out.

It happened around 6 p.m. on the 200 block of Francis Street.

Detectives with the Colwyn Police Department and the Delaware County District Attorney's Office spent the evening combing through the alleyway of 2nd and Francis streets after Franky Powell was discovered dead.

"He didn't bother anyone that's why I know whoever shot him did this for nothing, and it was senseless to kill him like that," the victim's brother Joe Rodgers said.

Powell's body was found behind his work van. Officials said he had been finishing a plumbing job in the area and stopped at his company's garage.

Police have obtained video of the crime from a nearby surveillance camera.

"You couldn't actually see the shooting. The truck pulled up and he got out of his truck and then he went to the garage and then we saw the guy walk up," said a neighbor, who asked to remain anonymous. "Then he shot him. Then he walked back up the street."

Rodgers believes the killer must have ambushed his brother.

"What they're telling me, he was going about his business and they ambushed him. And it's dark down there," Rodgers said.

It is not immediately clear which direction the suspect fled. Police said they are not sure of the motive for the murder.

Police said there was a time gap of about an hour from the time when Powell was shot to the time the crime was reported.

His family is asking the killer to have a conscience.

"Whoever this person that shot him, I pray for you," said Rodgers. "You just took a person's life. Not only did you hurt him, you hurt his family. You will be found."