Building it Better Together: The jobs of the future 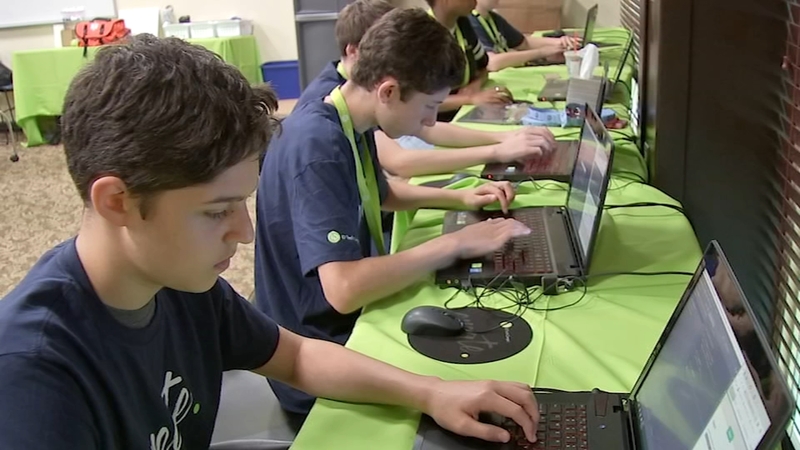 Building it Better Together: The jobs of the future

PHILADELPHIA (WPVI) -- At Sister Cities Park in Center City recently, we asked children, "What do you want to be when you grow up?"

The kids gave us answers such as "ballerina", "construction worker", "doctor", "fireman". Scientific innovation, climate change, globalization and population changes are making this a very different world in which we work.

The World Economic Forum estimates that "up to 65 percent of children entering primary school today are likely to work in jobs that don't exist yet."

"We're transitioning from a mostly industrial-based economy into a technology-rich, knowledge-based economy," said Alec Ross, the author of "The Industries of the Future."

He's talking about a world of robotics and artificial intelligence where specific skill sets will be in high demand. Jobs will transform, and while some will disappear, experts agree new jobs will replace them.

One study estimates 75 million jobs will be lost globally due to automation, but technological innovation will create 133 million new jobs.

"There's absolutely no precendent in the history of humanity that would say, 'Oh, the rise of technology is going to cost us jobs'. No, in fact what we actually know is that technology, that it does, is changes the nature of jobs that are available," Ross said.

At Pennovation Works, adjacent to Penn's campus, a team of PhD students is working to coordinate small drones with the goal of using them in the real world to do tasks usch as inspecting a dam for defects or searching a disaster area.

"I think like really at a high level I am hoping to develop robots that serve some useful purpose in society," said Daniel Mox, a PhD student at The University of Pennsylvania's School of Engineering.

Vijay Kumar is the dean of the School of Engineering at Penn. he says, "People worry about taking jobs away. Well, there are lots and lots and lots of jobs that nobody wants to do. To me, that's the interesting question: Can we imagine a future where humans do the kinds of things that they enjoy doing, they want to spend time on, and everything else robots do for us."

Researchers in Australia came up with 100 jobs of the future. Among them, a de-extinction geneticist who resurrects plants and animals that have died off and looks for ways to protect species. A child-assistant bot programmer to program robots to look after children. The study also mentions "cricket farmer" because food shortages are real and crickets provide a great source of protein.

Alec Ross adds, "The real focus for us needs to be in our kids and making sure that even young kids who are 5, 6,10 years old, making sure that they are acquiring the skills to help them compete in tomorrow's economy."

We visited the campus of Arcadia University where kids as young as 7 spent time this summer learning the languages and skills needed for the jobs of the future.

Parrish Hale of Mount Airy said, "We are in a Kozmo camp. A Kozmo is a root that you can program to do commands or anything you want to do."

"I want to be some type of engineer or coder," said Jacob Schwartz of Horsham. "Anything in the STEM field sounds interesting to me."

Gianna Williams is an instructor at the ID Tech camp. She said, "data science is a job that is growing right now, and a lot of students dealt with data sets, a lot of long lines of code that can help them in the future."

We can't predict the future. We don't know what jobs will be needed, but there is certainty the time to prepare for the jobs of the future is now.