WPVI
By Nydia Han
Solar companies claim to inspect your roof to make sure it's fit to have solar panels installed.

John Catrombon told the Troubleshooters when he began to have issues with his roof, the company he used took little to no responsibility, citing pre-existing issues.

"I've lost sleep my wife has lost sleep, like what do we do?" said Catrombon.

The solar panels on Catrombon's roof were installed by Vivint two years ago.

The contract said, "We warranty all our work. Our roof penetrations will be watertight." 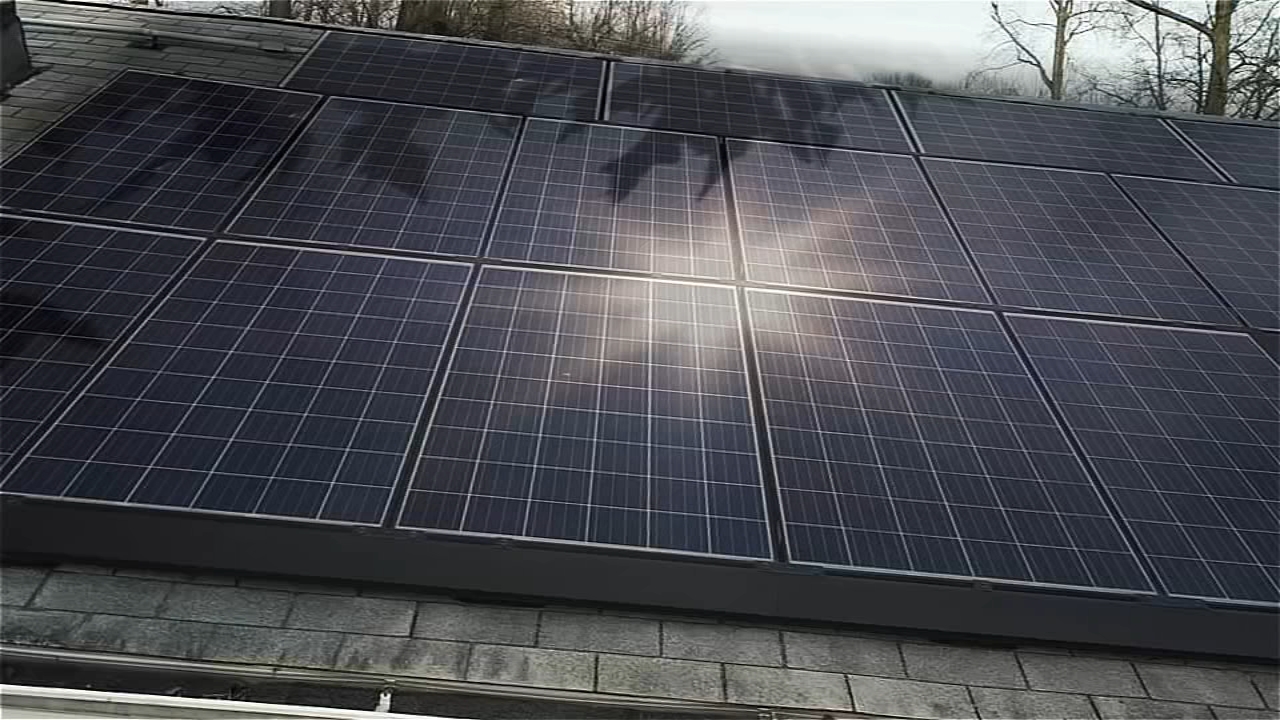 Troubleshooters: Investigating sales tactics by solar panel companies
The sales pitch for residential solar panels can be pretty tempting: save on electricity at little or no cost to you.

It also read, "We will fix any damage we may cause to your property or belongings it's pretty clear, black and white," he said.

Catrombon said he had the misfortune of testing those claims when his house began to crack after solar panels were installed.

"It woke us up in the middle of the night several times," he said.

He also showed Troubleshooters the cracks in his ceiling.

"Each and every one of those contractors said the solar panels were bearing too much weight on the roof," he said.

Vivint claimed the issues were due to "pre-existing structural issues."

When the Troubleshooters contacted Vivint about Catrombon's complaint, the company offered to cancel his contract, remove his solar panels and restore his roof to the same condition it was before the panels were installed.

The Adams family also told the Troubleshooters that their roof started leaking after a contractor Vivint recommended replaced their roof and solar panels were installed.

"It's just been so stressful," said Roxanne Murphy-Adams.

"As far as Vivint, they apologize over and over again but they never satisfy us as far as taking care of the problem," Mark Adams added.

But after the Troubleshooters contacted Vivint...

"Once you guys called Vivint, next thing we knew, we were hearing from the resolutions team," said Murphy-Adams.

Vivint also told the Troubleshooters it has agreed to give the Adams a new roof and removed their solar panels.

"I am very relieved to wash my hands of it. Now I will say a prayer for the next guy who gets solar panels on their home," said Murphy-Adams.

Vivint Solar tells the Troubleshooters, it has served nearly 150,000 customers and the issues Mr. Catrombon's home encountered were extremely rare.

Vivint also said they deeply apologized to Mr. Catrombon and his family.

As far as the Adams, Vivint said it does not endorse any other company or contractor in any way and it is covering the cost of a roof replacement and compensation in spite of the fact that Vivint Solar was not the company who performed the work.

Solar company Sunnova is the subject of similar complaints regarding damage caused by solar panels or installation and failing to live up to its warranty.

"After a big rain storm, we had water just pouring through the exhaust fan," said Scheryl Distefano.

"When you looked up in the panels, you can see right through to the sky," she says.

Sunnova says the leaks were unrelated to the panels but it is nonetheless "continuing to work with these customers in an effort to reach a successful resolution."

He says about a month after Sunnova had a new roof and solar panels installed, rain damaged almost every room.

"Once we had the ceiling open, you could see all the holes to where they missed the beams so it was just open holes in my ceiling," said Meenan.

Sunnova removed and re-installed the panels and put on a new roof but Meenan wants reimbursement for his out-of-pocket expenses.

Sunnova says in part, "Mr. Meenan has provided us with no proof of his damage or that his alleged damage was caused by the solar system."

Consumers, be aware. Sunnova uses a number of local partners with various names to sell its products and install so make sure you know with whom you're dealing when you sign on the dotted line.

-Hire an independent, third party to inspect your roof to ensure it is a good candidate for solar panels.

-Also be aware, solar companies may use a number of local partners to sell their products and install.

- Make sure you know who you're dealing with when you sign on the dotted line.

"Sunnova is fully committed to its customers and to responsible and transparent business practices wherever we work," said Sunnova in a statement. "We have well-established processes in place to ensure that all our customers receive accurate and transparent information regarding our products and services. For example, all our customers receive a validation call after signing their contract with us to make sure that they understand the terms of the agreement. We have been in touch with customers facing issues in New Jersey and are continuing to work closely with them, and any state and local agency, in an effort to reach successful resolutions of their issues."
Report a correction or typo
Related topics:
businessbusinesssolar energyaction news troubleshootersconsumer
Copyright © 2020 WPVI-TV. All Rights Reserved.
More Videos
From CNN Newsource affiliates
TOP STORIES