Restaurants forge ahead in shells of shuttered Trump casinos 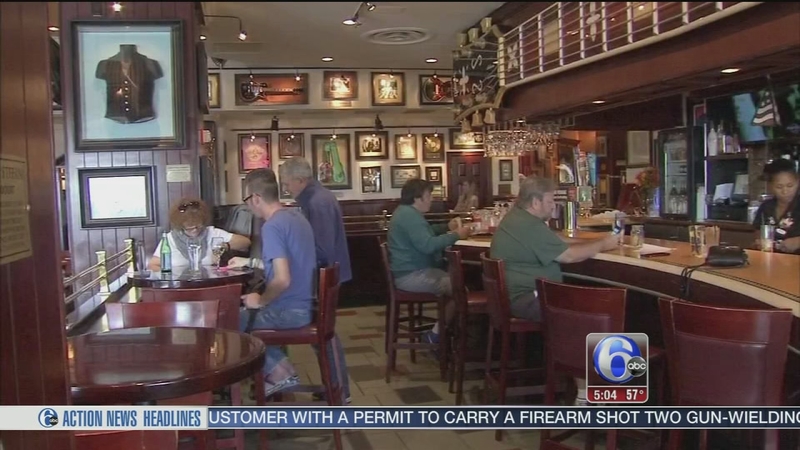 ATLANTIC CITY, N.J. (WPVI) -- His name has been removed from most, but not all of the casinos president-elect Donald Trump built in Atlantic City.

And while the gaming halls are closed, a handful of restaurants inside the shuttered buildings are still in business, struggling to stay alive.

"We made a decision at Hard Rock International that we're committed to save these jobs, save our employees' future and we're staying open," said Allen.

"We're reaching out to the community, and we're asking for help to keep these doors open and keep us rocking in Atlantic City," said Hard Rock Cafe General Manager Todd McCann.

Down the boardwalk, the Rainforest Cafe and Nathan's Famous have also remained open despite Trump Plaza's closure in 2014.

In order to draw customers to the restaurant, Hard Rock is offering 15 percent off to all casino employees, and a kids-eat-free program for the little ones.

"When you come into the, as we call it, offseason - the shoulder months - there's a lot less foot traffic in the city, and you have to be creative and you have to really rely on some locals," said McCann.

"I think it would be tough, but it's a great restaurant, I'm sure they'll still get tourists to come here," said Charlie Gould of Cleveland, Ohio.

It won't be easy. Hard Rock acknowledges the property is operating at a loss, but despite the closing of the casino it's attached to, the company wants to stay in Atlantic City.
Related topics:
businessatlantic citycasinonew jersey news
Copyright © 2021 WPVI-TV. All Rights Reserved.
More Videos
From CNN Newsource affiliates
TOP STORIES