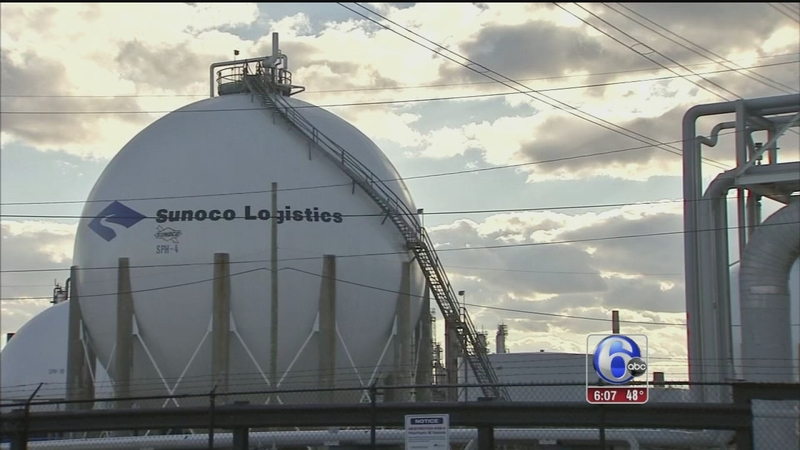 "With the oil refineries out of business, it's hard for a lot small businesses down here. Me myself, we definitely could use that help," said Alston.

The project is called Mariner East 2.

It will allow for the expansion of existing pipelines and movement of natural gas liquids from Eastern Ohio, West Virginia and Western Pennsylvania - all to Marcus Hook.

Here it'll be processed and then propane, ethane and butane will be distributed throughout the United States and across the world.

"This not only means thousands of construction jobs here in Delaware County and hundreds of permanent jobs, it's a $2.5 billion investment in Pennsylvania being made by Sunoco Logistics," said Councilman John McBlain

Union leader Dennis Stephano says the building trades will benefit most. However once the project is completed the number of permanent jobs will fall far short of the roughly 800 jobs that existed when this was an oil refinery.

"There may be a lot of product running out of here but there won't be as many people working here and the tax base suffers, the school district suffers, the county suffers," said Stephano, USW Local 10-234.

Sunoco and county leaders don't yet know the economic impact on local businesses but they're hopeful Mariner East 2 will spur more development in the future.