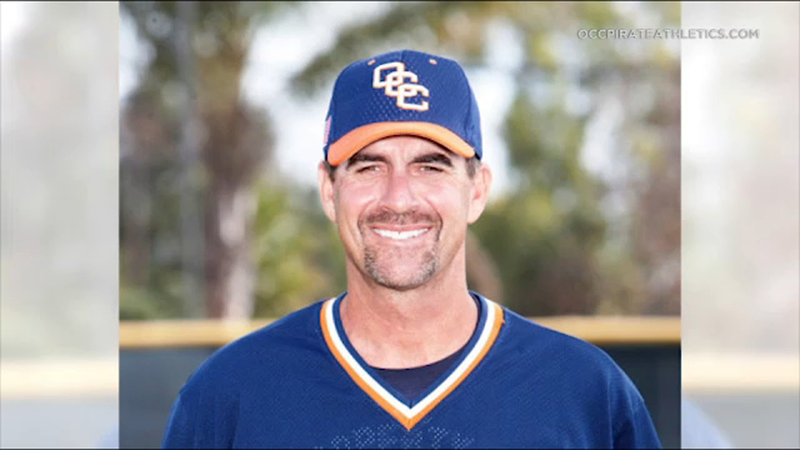 CALABASAS, Calif. -- Sources tell ABC two Orange Coast College baseball coaches and family members were among the nine people killed in a helicopter crash in Southern California that also took the life of Kobe Bryant and his daughter Sunday morning.

John Altobelli died Sunday morning, according to college officials. Altobelli was the longest-tenured baseball coach in the school's history and was entering his 28th season, according to the OCC Pirate Athletics.

Christina Mauser, an assistant basketball coach at Harbor Day School in Orange County, was also killed in the crash, according to friends and family.

It is with the heaviest of hearts that we announce the passing of Orange Coast College head baseball coach John Altobelli. He was a coach, a colleague, a mentor and a friend at OCC for 27 years.

According to Altobelli's brother, Tony, he was on the aircraft with his wife and daughter Alyssa when it crashed shortly before 10 a.m. in rough terrain in the area of Las Virgenes Road and Willow Glen Street.

Thousands of fans showed up to Staples Center and LA Live to place impromptu memorials in honor of Kobe Bryant.

Paramedics also helicoptered to the scene and were hoisted down to try to aid any possible survivors, but all died at the scene, officials said.

Altobelli led the Pirates to numerous championship titles, garnering more than 700 wins during his career and four state championships.

"John meant so much to not only Orange Coast College, but to baseball," said Coast Athletic Director Jason Kehler in a written statement. "He truly personified what it means to be a baseball coach. The passion that he put into the game, but more importantly his athletes, was second to none - he treated them like family."

Community members began to gather and mourn at the college Sunday following the news of his death.

Christina Mauser's husband Matthew Mauser, the head basketball coach at the school, posted on Facebook: "My kids and I are devastated. We lost our beautiful wife and mom today in a helicopter crash. Please respect our privacy. Thank you for all the well wishes they mean so much."