Moves in Medicine: Removing the disparities in cancer diagnoses and care

Understanding a patient's genetics has opened the door to more successful treatment.
WPVI 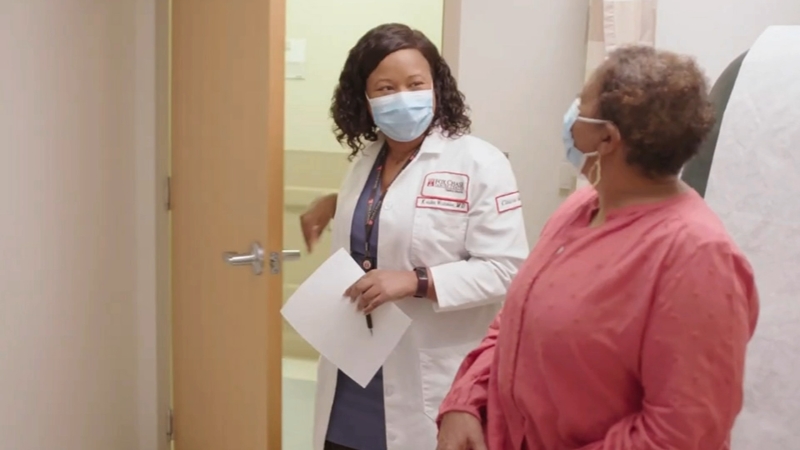 Local doctors and researchers are working hard to understand those disparities and level the playing field.

They are among cancer's hard facts:

-Black men have twice the death rate from prostate cancer as white men.

At one time, the differences were blamed largely on access to good care.

"Genetics is one possibility, but also environment is a possibility, says Dr. Whitaker, a medical oncologist and clinical geneticist.

With only 5 to 10% of cancers purely genetic, the doctors say both factors are usually involved, such as in smoking-related cancers.

"If they never smoke, or they've never been exposed to tobacco, then that susceptibility would not be realized," says Dr. Ragin.

Understanding a patient's genetics has opened the door to more successful treatment.

"In some cases, to offer men & women treatments that they wouldn't otherwise have as an option if they did not have a genetic mutation," says Dr. Whitaker.

Not too many years ago, doctors believed BRCA mutations only occurred in women, but they now know they travel on the male side of families, too.

The genetics of tumors themselves can now guide the type of treatment, and how much or how little a patient needs.

Most women diagnosed with breast cancer get an OncoType DX test, to see whether chemotherapy will reduce the long-term chance of a distant recurrence.

And the TailoRx trials determined that many postmenopausal women with early stage breast cancer wouldn't reap any benefit from chemotherapy on top of surgery and radiation, so they are spared the trauma.

While mutation rates are very similar across racial lines, Black patients and their families are less likely to be offered genetic testing - or clinical trials.

"Potentially, we're missing out on giving them the opportunity for some of these treatment advances," says Dr. Whitaker.

She has several studies and projects underway to increase participation for those communities.

Dr. Ragin, who was just named the Associate Director of Diversity, Equity, and Inclusion at Fox Chase, says as science moves forward, the discoveries must be translated back to the community, to improve screening and lifestyle changes that will prevent cancer.

"With both happening together, I think that is where we are going to win the fight against cancer," she says.