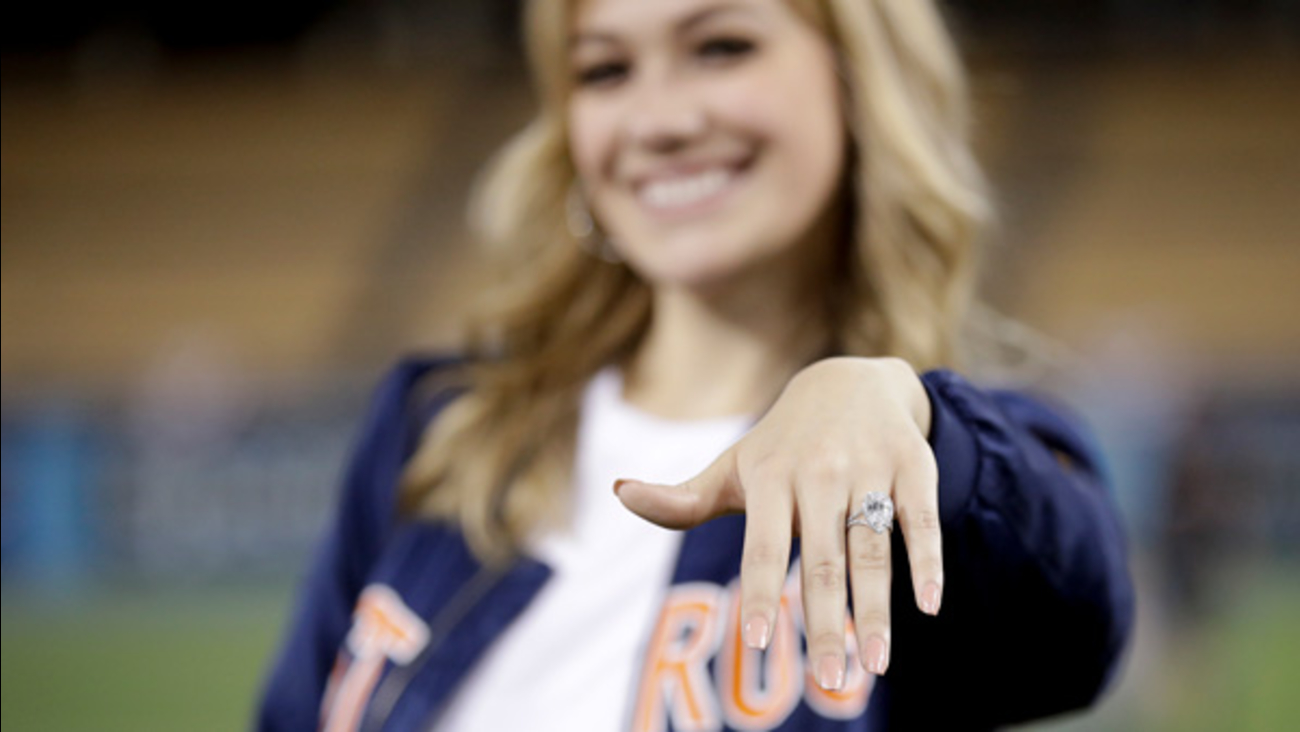 The Astros shortstop proposed to his girlfriend on live television moments after Houston earned its World Series title with a 5-1 victory in Game 7 on Wednesday night.

The proposal from her boyfriend of over a year completely surprised Rodriguez, a former Miss Texas USA.

"He had been so focused on the game," Rodriguez said. "All he ever talked about was winning the World Series, so I never really thought something like this would be on his mind, so when it all went down, I was just shocked." 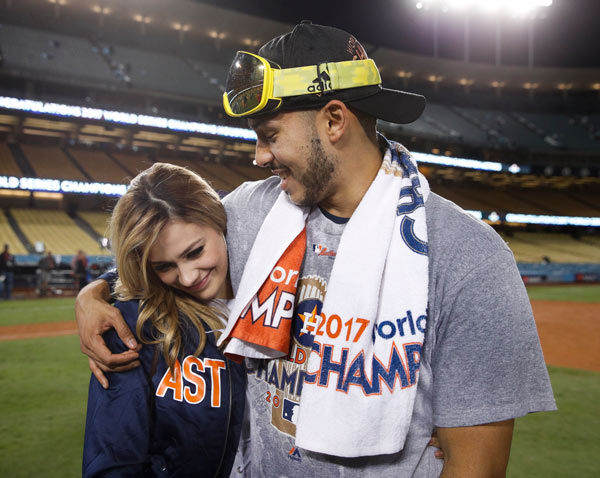 She also had no idea Correa had been urged to put a ring on it by his mother, and he was plotting a proposal for several weeks. Even Correa's teammates were in on the scheme: Carlos Beltran, the Astros' 40-year-old slugger, helped the 23-year-old shortstop pick out the ring.

Correa said he gambled and waited for a dramatic finale to the Astros' first championship year.

"I knew we had championship potential, so I decided to hold out until the last game of the season," Correa said.

Rodriguez said yes, once she regained the ability to speak.

While Correa went to the clubhouse to spray champagne, Rodriguez gleefully flashed the huge ring to her fellow Astros wives and girlfriends, including Kate Upton.

She'll need a bit longer to get over the shock, however.

"Everyone knew besides me," Rodriguez said. "I'm really good at finding stuff out. Every time I had a surprise birthday party, I would always find out. So I was literally in just the complete dark about this. Everyone knew but me."

Correa and Rodriguez are living together in Houston with a beautiful puppy named Groot . Correa, the 2015 AL Rookie of the Year, had five homers and 14 RBIs in an outstanding postseason, capped by eight hits in the World Series, including two homers.

But when he wasn't raking, Correa was getting ready to surprise Rodriguez.

"I saw a picture of the ring two days ago," Astros third baseman Alex Bregman said. "We were supposed to do it (after) Game 6, but then we didn't play our game. Came back today, won the World Series, the guy proposed to his girlfriend. It was unbelievable."

The TV proposal brought back memories of Boise State running back Ian Johnson's surprise on-camera proposal to his girlfriend , Broncos cheerleader Chrissy Popadics, after Boise State's stunning 43-42 victory over Oklahoma in the Fiesta Bowl on Jan. 1, 2007.