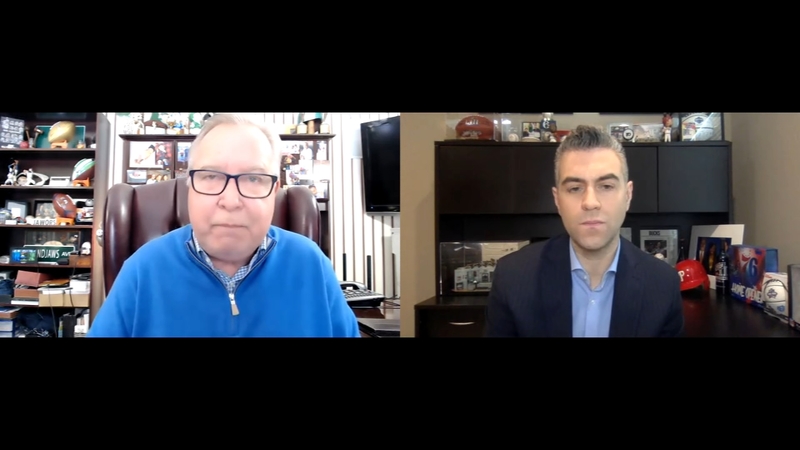 PHILADELPHIA (WPVI) -- The Carson Wentz era is over in Philadelphia.

Multiple sources confirm to 6abc sportscaster Jeff Skversky that Philadelphia Eagles QB Carson Wentz has been traded to the Indianapolis Colts for a 2021 third-round pick and a conditional 2022 second-round pick that could turn into a first-rounder. Among the conditions that the Eagles could receive a first-rounder in return for Wentz is if he plays 75% of his snaps next season.

"Man I'm happy for him. Him and Frank are really close, they have good chemistry," RT Lane Johnson tells Skversky

Eagles RT Lane Johnson to me on Carson Wentz trade

"I think for Carson Wentz it's a very good deal, he gets what he wants: out of Philadelphia," Jaworski tells Skversky. "It was a bad marriage, it was going south."

👀 Colts tweeted out a smiling Frank Reich moments ago as he is reunited with Carson Wentz @6abc #CarsonWentz https://t.co/mLctD5lVFW

"What I would have done is probably different than what the Eagles have done. It seemed like it was so dysfunctional, they really had no choice. Carson Wentz clearly wanted out," said Jaworski.

Coming off his worst season in the NFL, which he led the league in turnovers despite being benched the final 4.5 games, there was not a big market for the Eagles once franchise quarterback.

The Eagles get back for less than what they originally gave up for to obtain the rights to Wentz in 2016 when they drafted him second overall.

What his legacy will be in Philadelphia remains to be seen, but the Eagles gave up a boatload to acquire Wentz in 2016 prior to the draft. The Eagles originally gave up five draft picks, including two first-rounders to acquire what they believed was your franchise quarterback. Now five years later Wentz is gone.

Wentz leaves Philadelphia without winning a single playoff game for the Eagles.