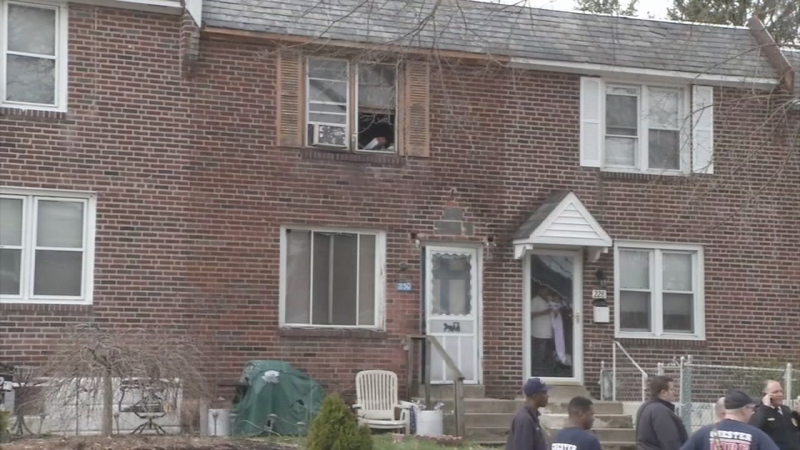 CHESTER, Pa. (WPVI) -- Officials in Delaware County are investigating the death of a man inside his home in Chester.

They say the victim was a hoarder and it took firefighters more than an hour to get the 500-pound man out of the house because there was so much stuff inside.

The discovery was made late Saturday at a residence in the 200 block of West 22nd Street.

Police were called to the home of a man identified by neighbors as 63-year-old Jim Scantling. Neighbors report they had not seen or heard from him in days.

"I've been trying to reach him for a week. I've been calling him and his phone was turned off, so I knew something was the matter with him," said friend Tanya Mills.

Saturday afternoon, police broke the door open and found Scantling dead in an upstairs bedroom. Officials say there was so much stuff in the house, it took them an hour to clear a pathway to extract Scantling from the building.

His neighbors say the 63-year-old had struggled with obesity and diabetes for many years.

"He's had his medical issues. His family doesn't live too close to here. So keeping in touch with them I know was a little bit of a toll, a little taxing," said friend LeAnne Mangano.

"That was my best friend and I'm gonna miss him a lot because we used to sit outside all the time. He used to make me laugh every day," said Mills.

The medical examiner has not determined the cause of death, at this time, or how long Scantling had been dead.

At last word, officials were trying to reach his relatives who live in the York, Pennsylvania, area.