Five days after his last regular-season game in 2010, Rob Long was diagnosed with a rare and aggressive form of brain cancer.
WPVI
By Beccah Hendrickson 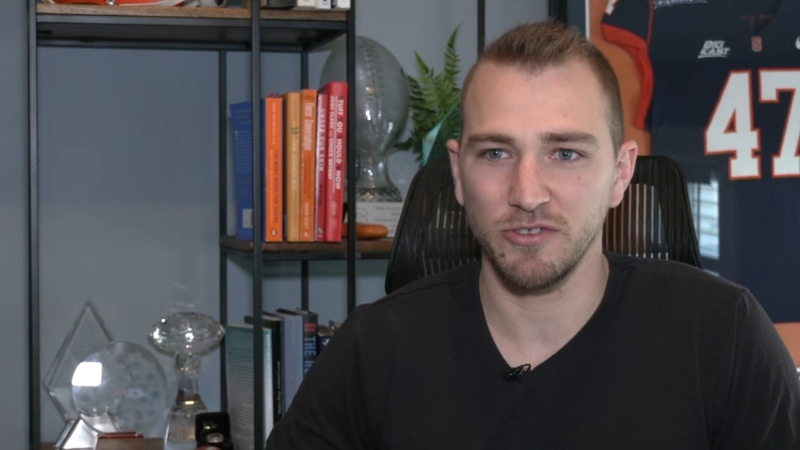 CHESTER SPRINGS, Pennsylvania (WPVI) -- A Chester County man is making an impact in the rare disease community, using his personal story and platform as an athlete to help those in need.

A decade ago, Rob Long, who now lives in Chester Springs, was the punter on the Syracuse University football team. He was on the fast track to turn pro.

"My only concern was what NFL team I was going to end up on," said Long.

Five days after his last regular-season game in 2010, he was diagnosed with a rare and aggressive form of brain cancer.

He had been getting headaches and got an MRI.

"The entire back right quadrant was this giant mass and he said that mass isn't supposed to be there," Long recalled of his conversations with doctors.

His life changed in an instant.

Doctors told Long's parents that he likely had less than 36 months to live. He underwent 14 months of intensive treatment, including daily chemotherapy and radiation to beat the disease.

The same day Rob received his earth-shattering news, his aunt was diagnosed with a form of cancer too. It was during that time that he realized how he could use his platform as an athlete to help others.

"Just because I played football at Syracuse and was a team captain, I had a platform that someone like my aunt didn't," he said.

While Long was sick, his teammates started a chapter of Uplifting Athletes on campus -- a nonprofit that works with athletes to leverage their platform to support the rare disease community.

"For me, it's more than just my personal story and what I've been through. It's really something that my family has experienced," he said.

In 2015, his aunt passed away, but Long turned grief into action and joined Uplifting Athletes full time.

Long recruits other athletes to the program, helps fund research through programs like "The Young Investigator Draft," and gives a platform to rare diseases through sports.