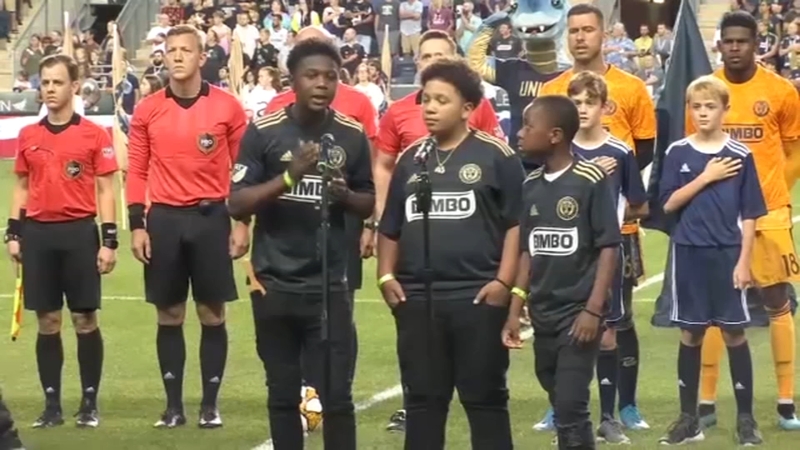 CHESTER, Pennsylvania (WPVI) -- In the middle of a neighborhood often stereotyped as violent, the voices of a few angels can capture a block.

We're calling Angel and his best friends the "Chester Trio."

We first met them on Action News when they walked over to a crime scene near their house and got the attention of our one of our reporters.

The video has been seen more than 100,000 times on social media. The boys' dad, Larry Snow, says pushing back against negativity is the whole point.

The trio is well on their way. Once the Philadelphia Union saw our video, they were called up to sing the National Anthem at a home game over the weekend.

"At first I was nervous, but then when I got on the field I wasn't nervous anymore because they were cheering us on," said Emmanuel Snow, who at 12 years old, is the youngest member of the group.

The boys live just a few miles from where the Union play. They say playing for their hometown crowd made the moment extra special.

"Everybody wants to get out of the hood. And that's true, and we all want to get out the hood, but you can't forget where you came from," said Snow.