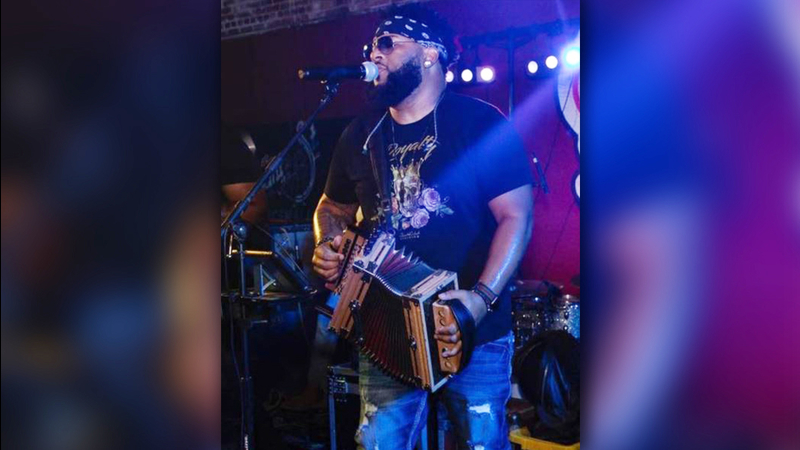 COLFAX, Louisiana -- A musician known for his hip-hop-infused zydeco sound throughout southeast Texas and Louisiana was hospitalized late Friday after he was shot while performing, family members. said.

Chris Ardoin was on-stage at an event in central Louisiana when approximately 20 gunshots rang out from the crowd, according to Grant Parish Sheriff Steven McCain.

Ardoin and a 14-year-old child were struck and were both hospitalized. There was no word on the child's condition, but authorities told KALB-TV their injuries were "moderate."

"Yes, unfortunately tonight he did get shot in the back on his right side while on stage," Ardoin's wife, Kerri, said in a Facebook post. "Doctors said thankfully he's a built guy. The bullet didn't penetrate his lung and stopped near his ribs."

Investigators did not believe either victim was a target, McCain said.

The gunfire caused a panic among the crowd of concert-goers, according to the sheriff's office.

"There were thousands of people at the event and many of them immediately began trying to leave," the sheriff's office said in a Facebook post.

His group was the headliner act for the Zydeco Bike Fest, a two-day event outside Colfax, a town of around 1,500 people north of Alexandria in central Louisiana. It's approximately 200 miles northeast of Houston.

Ardoin and his band, Nustep Zydeko, are frequent performers in the Houston area and had most recently played here this past week.

"Pray for my Boss Chris Ardoin," guitarist Jeston Andrews posted along with a video of Friday night's performance. "We Need All Prayers,"

Deputies caught two armed men as they tried to flee the festival area, but it wasn't clear if they were the shooters. Both faced assault charges.