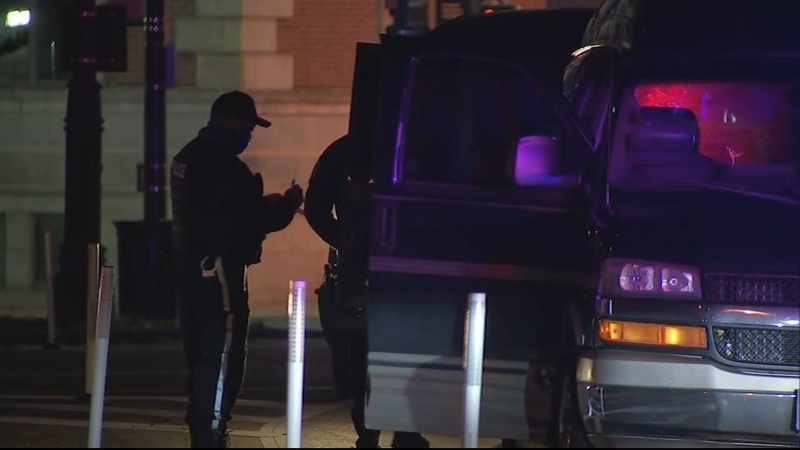 Unrest continues for a third night in the City of Philadelphia

PHILADELPHIA (WPVI) -- Police have arrested multiple individuals in connection with looting activity along City Avenue on the Philadelphia-Montgomery County line.

Action News has learned that two men and one woman were apprehended for looting a Rite Aid around 10 p.m. Wednesday in Philadelphia's Wynnefield section. Police say one of the suspects may have been armed.

Shattered glass and merchandise could be seen on the ground outside of the main entrance to the store.

Police have arrested multiple individuals in connection with looting activity along City Avenue on the Philadelphia-Montgomery County line.

Up the street from Rite Aid, police said a cell phone store and a Lord & Taylor were also broken into.

Police said suspects had been driving up and down City Avenue waiting for the their moment to hit these stores.

The looting followed two nights of unrest stemming from the police killing of Walter Wallace Jr.

As the investigation continues into the shooting incident, police said the looting must stop.

"The widespread lawlessness, including the burglary and looting of area businesses, serve no purposes whatsoever," said Philadelphia Police Commissioner Danielle Outlaw on Wednesday, who has promised transparency and a comprehensive investigation into Wallace's death.