Kaepernick is the top free-agent quarterback in Madden 21, with an 81 overall rating.
KGO 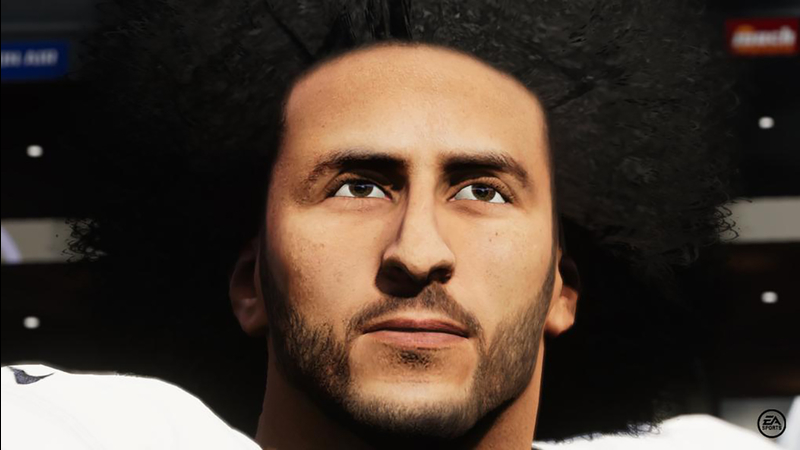 This is the first time the quarterback has been in the video game since 2016 when he began kneeling during the national anthem in protest of racial inequality and police brutality in the U.S.

Kaepernick is the top free-agent quarterback in Madden 21, with an 81 overall rating. His rating places him in the top 15 of the video game's 111 total quarterbacks, according to ESPN.

Former San Francisco 49ers quarterback Colin Kaepernick kneels before the start of an NFL football game against the Atlanta Falcons, Dec. 18, 2016 in Atlanta.

The signal caller remains unsigned by any NFL team. NFL Commissioner Roger Goodell released a statement in early June condemning systematic racism and apologizing for "not listening to NFL players earlier" when they tried to address racial injustice. His statement on social media drew comparisons to Kaepernick, with many calling for Goodell to apologize to the former Niners quarterback.