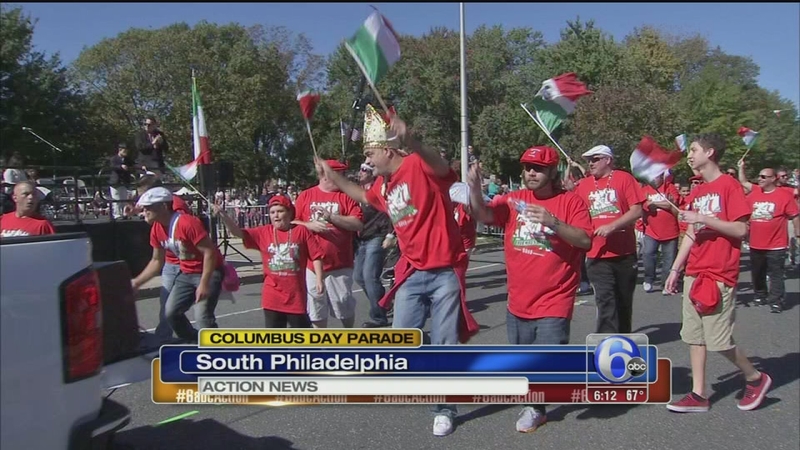 "It's our heritage. Just come out and have a good time and display your Italian culture and your heritage," said Albert Lancellotti of the Jesters New Year's Brigade.

Once John Vagnoni of West Philadelphia heard singer Frankie Avalon would serve as the grand marshal, he dug out an old picture of the two from decades ago.

"So I said let me come down and maybe he'll autograph it for me," said Vagnoni. "And he did! He did."

One-year-old Mikaela White bopped along in her granny dress with the rest of the Goodtimers Comic Club in her parade debut.

"Awesome. I love it. I love her, and I love this," said Bart White of the Goodtimers Comic Club.

The fun didn't stop with the parade. Marconi Plaza was packed with people for the Italian festival.

Pork sandwiches, pasta, cannolis, gelato and more were enjoyed by those in attendance who told Action News a big part of Italian heritage is all about the food.

"Pretty much just come here for the food. I had a roast pork sandwich from Esposito's, and now I got the cannolis," said Anthony Giordano of South Philadelphia.

The workers at Amici's Deli have been cooking for a week, preparing to feed thousands of people.

The owner, Nick Umile, said while the food is a big hit, the day is also about honoring family.

"It comes back both my father was born in Italy, my grandparents were all born in Italy. It gets the neighborhoods together," said Umile.

Even those who aren't Italian found a reason to celebrate.