Running for 12-year-old Noah until he is cancer-free 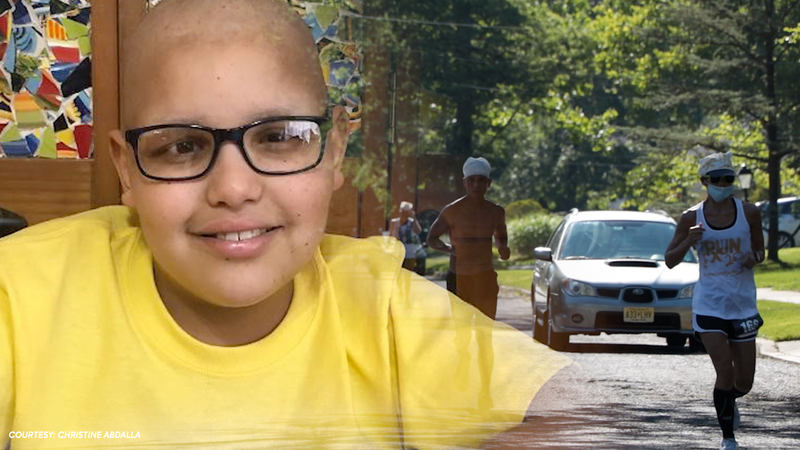 Running for 12-year-old Noah until he is cancer-free

CHERRY HILL, N.J. -- "I was going to race until Noah was cured," said Vincent Myers. But shortly after, the COVID-19 pandemic ensued.

"The world shut down and all races were cancelled," he said.

But that would not come to stop him from supporting 12-year-old Noah Abdalla, an incoming seventh grader from Logan Township, New Jersey.

Last December, Noah suffered a fall while playing football with his friends. The resulting swelling in his knee persisted, which led to a diagnosis of osteosarcoma in February 2020. This form of bone cancer is often found in children or young adults.

"It was really a blessing in disguise," said Noah's mother, Christine Abdalla.

Christine, a school teacher, had become friends with her former principal, the aforementioned Vincent Myers. When Myers heard the news, he wanted to help.

"I'm a true believer that the best thing you can do is lift up their lives by giving them hope," he said.

That's why he organized this morning's full marathon, a nearly 5-hour trek across 26.2 miles charged with the spirit of supporting Noah.

"I'm thankful for it because I didn't know that many people cared," said Noah, who was finishing his seventh round of chemotherapy treatments by the time the marathon started. His tumor has also been surgically removed, so his family believes the rest of the battle is downhill.

Now, Noah wants to pay it forward. He is donating legos, silly putty, and sensory foam to his oncology floor, all of which are vital tools to keep children in high spirits during medical visits.

#WeRunForNoah is now a movement within their community, raising over $1,500 so far.

And it seems Vincent Myers is still intent on running until Noah is cured.

"Every step is a step of love, you know, it's a step saying I'm here for you." Community Journalist Matteo has more on this fundraiser for Collingswood High School's Class of 2020.