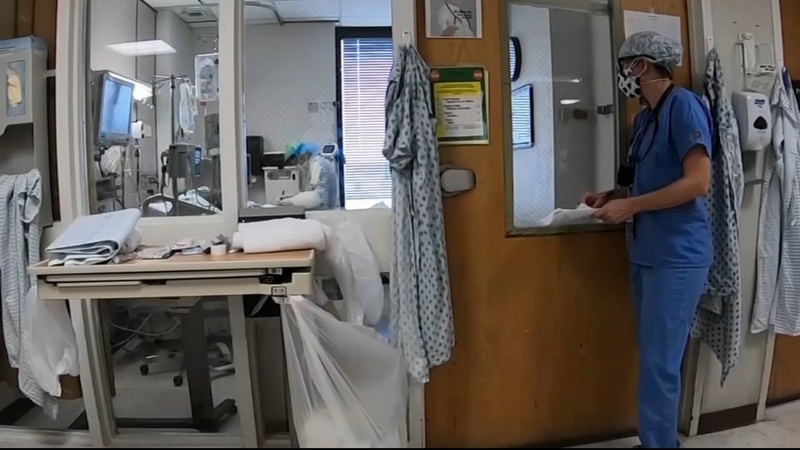 RIDLEY PARK, Pennsylvania (WPVI) -- Action News reached back out to a travel nurse who lives in Delaware County but signed up to go to some of the hardest-hit areas.

Action News spoke with the Ridley Park nurse while she worked as a critical care nurse at a hospital in Queens, New York.

At the time, it was the epicenter of the outbreak in the United States.

Now, almost a year later, she says that was both the best and worst experience of her life.

"The worst experience of my life because I have never, ever seen that much death and suffering and loneliness," she said.

Bosak says the silver lining was the comradery among health care workers and learning something new every day as they fought to save lives.

The lives they lost, she says, will stick with her.

Bosak adds that many frontline workers are still struggling to cope.

"Nurses, physicians, anybody on down to even the environmental services people in the hospital because they stepped up in a way that they never had to either," she said. "And there are a lot of people, who just to talk about it, start crying immediately. So I think that the PTSD for people in the industry is going to be everlasting."

Bosak says that now she sees more patients survive, recovering slowly, and she has hope for the future thanks to the vaccines.

But until then, she's now on another assignment helping at a field hospital in Maryland.

"I love being a nurse. And I love helping people, and this was one of those rare things that you could be a part of to try and make a difference for future generations to come," she said.