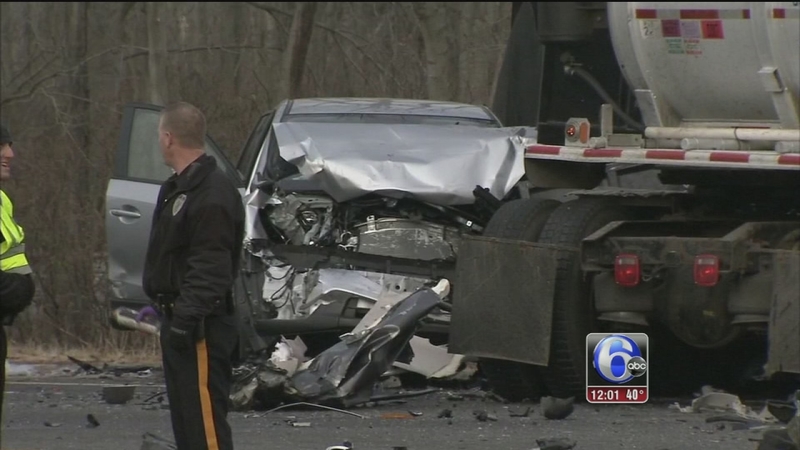 Logan Township police have issued a summons for reckless driving for the driver of a tractor trailer they believe caused the multi-vehicle accident.

In preliminary reports, police think the driver of the tractor trailer hauling a tanker of waste water failed to stop and plowed into traffic already at a standstill because of an earlier issue on the road.

Multiple agencies responded and emergency crews rushed victims to local hospitals. None had with life-threatening injuries.

Police say the driver of a Honda with the roof torn off was alert and talking. Trees prevented at least two other drivers from plunging into a pond along the highway.

There was so much debris, cleanup crews had to bring a dumpster to the scene.