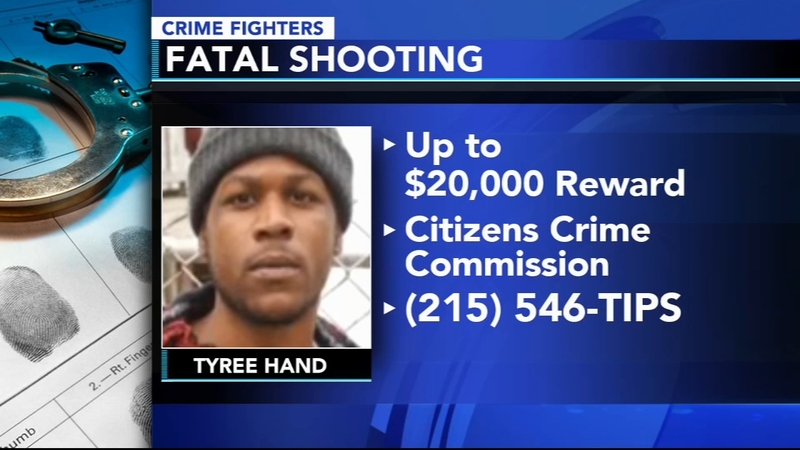 PHILADELPHIA (WPVI) -- A 19-year-old was gunned down in West Philadelphia a little over a year ago. Authorities hope the big reward will compel someone to come forward with information.

Officials say just before 11 p.m., police were called for a report of gunshots. When they arrived, they found Hand lying on the road with a gunshot wound to the head and back.

"Mr. Hand was immediately taken to Presbyterian Memorial where he was pronounced dead by Dr. Kim at 11:11 p.m.," said Santo Montecalvo of the Citizens Crime Commission.

Police say they have no motive at this time.

Officials said the escalation in gun violence over the last year has to stop.