Water polo team told to 'cover up' when out of pool 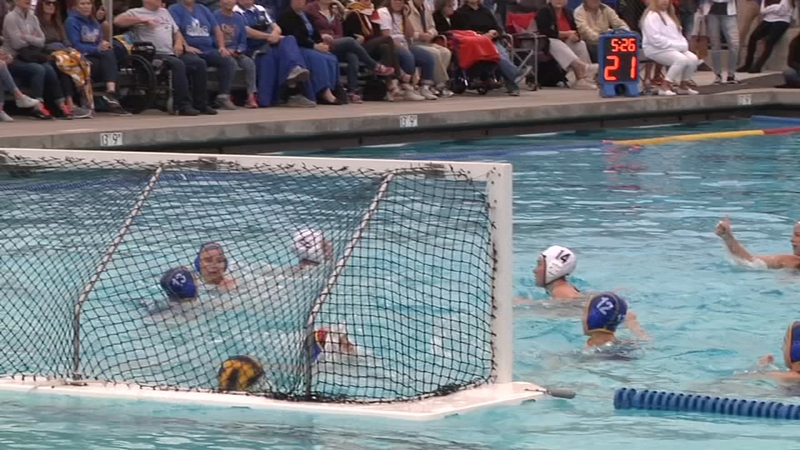 The teamwork. The athleticism. Four quarters of physically demanding play.

California Clovis Unified parents and former players are saying the athleticism should be the only thing people focus on.

A water polo parent, who didn't want to be identified for fear of backlash, said his student athlete and her teammates were told by their coaches they have to cover up when they're not in the pool.

He said, "In some cases they put in more time than some people work and for it to be reduced to a bathing suit that a few people are offended by and a decision made on behalf of a few people to many; we're offended."

Parents said they should have been included. That parent said, "The message that it's sending to the kids is there's something wrong with you. You need to cover up because people are offended by you."

The school district cited the CIF (California Interscholastic Federation) guidelines that follow the national federation of high school water polo's rules that have been in place for year. They indicate competitive swimsuits need to completely cover the buttocks for both boys' and girls' teams.

The district issued the following statement:

"CIF rules for swimming and water polo require that both male and female players cover their buttocks when on the pool deck. Clovis Unified has an expectation that our programs follow CIF rules and regulations, including this standard for both boys and girls. Periodically, we reiterate this expectation to our coaches, who then may talk to their teams about how to meet this standard. This could take the form of wearing towels, wraps, robes, cover-ups or shorts. Most recently, given that this is the start of a school year/season, we reminded all of our athletic directors that they should have a conversation with their coaches to ensure that the CIF rule was being followed by both boys' and girls' teams. It's my understanding that such conversations are taking place around the district, and that some coaches have met with their teams. At Clovis North, the athletic director met with the girls' team on Tuesday and the boys' team on Wednesday."

Hickey says, "We hear from a lot of parents coming in here complaining feeling uncomfortable on a pool deck with girls having everything hiked up."

She says while she was coaching, CIF addressed the issue statewide saying anyone "indecent," both male and female, could be disqualified, adding, "They wear suits that should fit them properly and they come out trying them on pulling them up and wearing them not how they're meant to be worn."