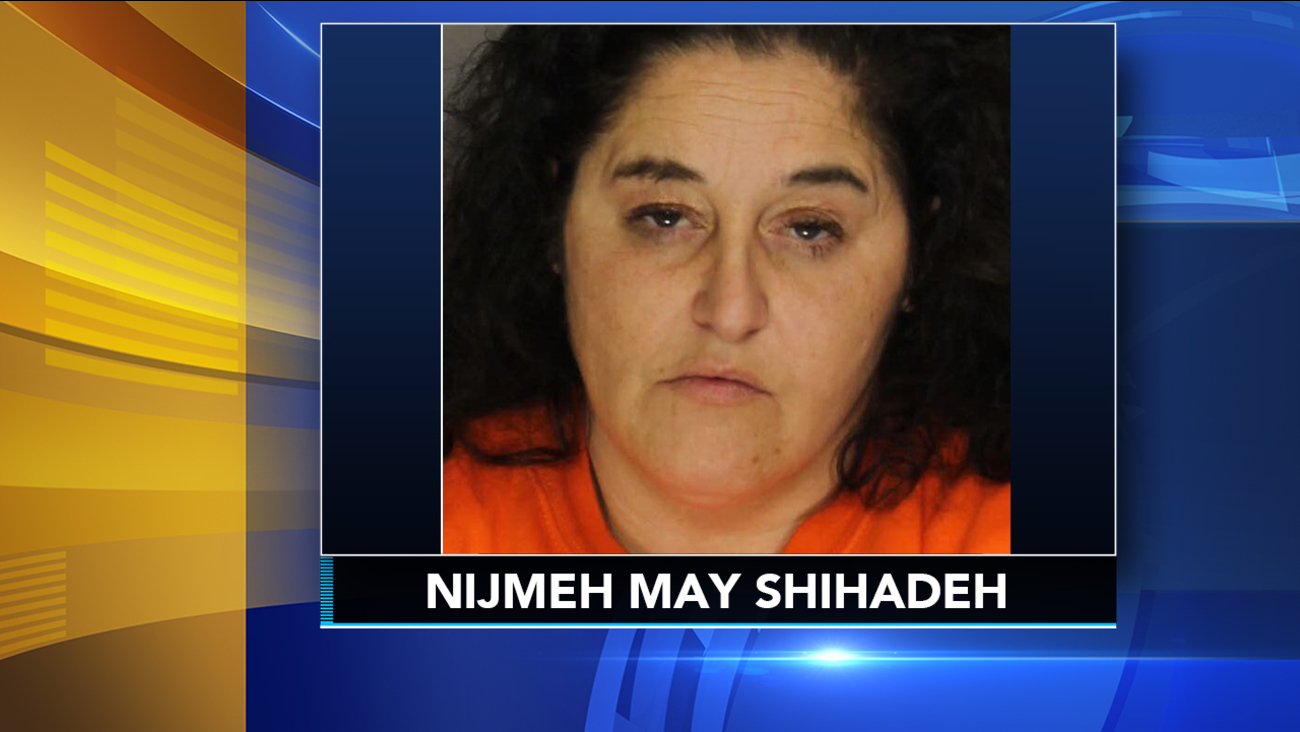 WPVI
VALLEY TOWNSHIP, Pennsylvania (WPVI) -- A Chester County landlord is behind bars after authorities say she entered a home and started shooting over allegedly stolen alcohol over the weekend.

It happened on January 19 at a home on the 1100 block of Valley Station Road in Valley Township.

Authorities say 43-year-old Nijmeh May Shihadeh entered the home in which she was a landlord of around 3:30 a.m., searching for a man who allegedly stole her liquor.

Shihadeh allegedly pointed her gun at other residents of the home and refused to leave.

Police were later called, but not before authorities say Shihadeh fired several bullets inside the home.

Before Shihadeh's arrest, authorities say she also fired four rounds outside the home, one striking a car and another hit the door of the home.

There were three residents in the home, but none of them were injured.

"It is fortunate that no one was injured as a result of this reckless shooting. The defendant was ineligible to own or possess a firearm when this occurred. These types of offenders will be prosecuted to the fullest extent of the law," said District Attorney Deb Ryan.

Shihadeh was arrested on charges of attempted homicide, burglary and other related offenses.

The DA's office says Shihadeh was ineligible to own or possess a firearm when this incident occurred.