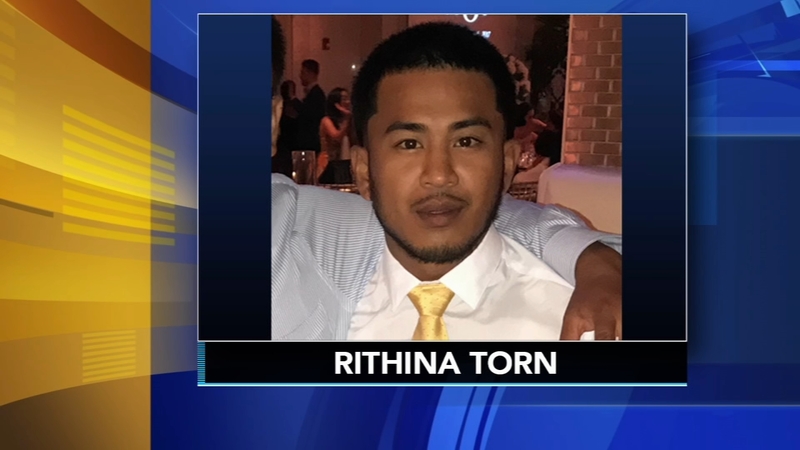 CHELTENHAM, Pa. (WPVI) -- Investigators say a man has died after a shooting in Montgomery County that stemmed from an apparent case of road rage.

The shooting happened around 9:30 p.m. Monday in the area of Dewey Road and Front Street in Cheltenham Township, Pa.

According to the district attorney's office, that's where 29-year-old Rithina Torn of Philadelphia was found with multiple gunshot wounds.

He was rushed to the hospital where he was pronounced dead.

Police were called to the intersection of Front and Dewey Streets just after 9:30 p.m. Monday for reports of shots fired.

Investigators say Torn was shot after he approached a dark-colored vehicle during a dispute at the intersection.

The person who shot Torn remains at large. Detectives say they are interviewing witnesses and gathering surveillance video.

Sopheap Duch has been a friend of Torn's since they were toddlers. He described his best friend as kind, loyal, and a father of two who was devoted to his family.

Duch can't believe Torn was cut down in such a cruel and callous act.

"They don't have no remorse, they don't have no heart of seeing who they leaving behind," said Duch. "He's got two kids, a mother, see what I'm saying? Friends, brothers, aunts, uncles, nieces, nephews, grandparents."

Anyone with information is asked to contact Cheltenham Township police at 215-885-1600 or the Montgomery County Detective Bureau at 610-278-3368. Tips can also be sent anonymously using the STOPit! Smartphone app.