"We don't know if they were replaced or tampered with," one official said.
WPVI
By Chad Pradelli, 6abc Digital Staff and George Solis 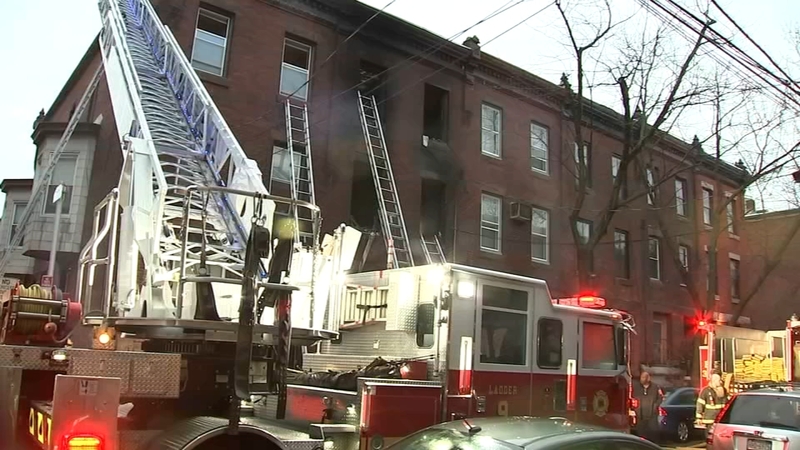 PHILADELPHIA (WPVI) -- Officials are working to determine if a Philadelphia duplex had working smoke detectors after a fire tore through the home Wednesday morning in Fairmount killing 12 people, including eight children.

A fire official said the number of fatalities is "dynamic," indicating the number of those killed could change as the recovery continues.

The duplex is a Philadelphia Housing Authority property. Officials said one of the units was inspected in April 2021 and the other in May 2021. At that time, all smoke detectors were "operating properly."

RELATED: 8 children among at least 12 dead after duplex fire in Fairmount section of Philadelphia

Sources say a blaze that killed 12 people was possibly sparked by a Christmas tree fire. Bob Brooks reports for Action News at 11 p.m. on Jan. 5, 2022.

Fire officials say when they arrived on scene, the smoke detectors were not operating.

"We don't know if they were replaced or tampered with. We have no idea," said Dinesh Indala, senior vice president of operations for the Philadelphia Housing Authority.

The other lingering question: how many people occupied the duplex?

In all, fire officials said a total of 26 people were living in the duplex, though, officials stressed that number could change.

"You don't know the circumstances of each and every family, and maybe there were relatives and family that needed to be sheltered," Kenney said. "Obviously the tragedy happened, and we all mourn for it. But we can't make judgment on the number of people living in the house because sometimes people just need to be indoors."

The Department of Licenses and Inspections says there is no limit to how many people can live in a single-family home under current law.

PHA officials said because of the demand for housing and the pandemic, the family could not be moved into a bigger larger unit.

There was no immediate word on the cause of this fire, but sources tell Action News that investigators are looking into the possibility the blaze might have been sparked by a Christmas tree fire.