3 deadly shootings in 1 night in Philadelphia 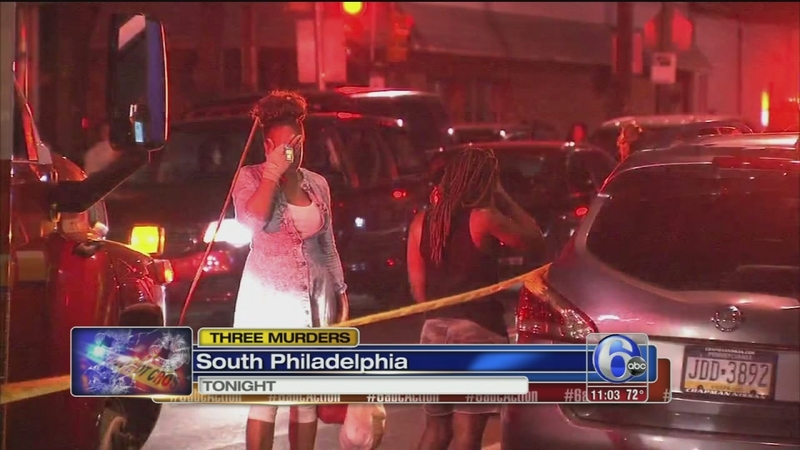 PHILADELPHIA (WPVI) -- It was a violent night on the streets of Philadelphia with three murders all due to gunfire.

The first occurred around 5:25 p.m. on the 2900 block of North Howard Street in Kensington.

A Verizon truck driver did not wait for an ambulance and rushed 32-year-old Edwin Cartagena to the hospital, but doctors could not save him.

At 7:30 p.m., another shooting took place in a rear alley on the 5800 block of Hoffman in Southwest Philadelphia.

Twenty-four-year-old Darryl Singleton was shot multiple times. He was taken to Penn Presbyterian Medical Center where he died.

The latest occurred just before 10 p.m. Tuesday on the 1800 block of Snyder Avenue in South Philadelphia.

Police say a 21-year-old man was pronounced dead at the scene.

A second shooting victim, a 27-year-old Man was located at Methodist Hospital.

He was later transferred to Jefferson Hospital in critical condition with gunshot wounds to his legs.