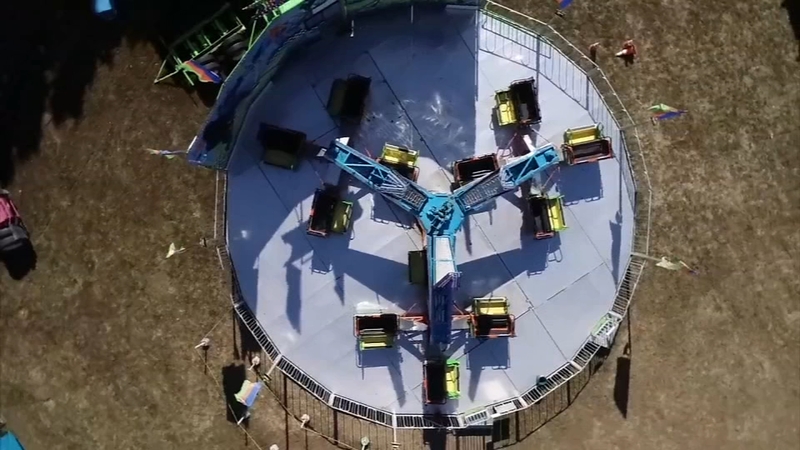 DEERFIELD TOWNSHIP, New Jersey (WPVI) -- Frantic 911 calls released to Action News on Tuesday reveal the chaotic moments after a young girl fell off a ride at a New Jersey festival over the weekend.

"Someone just fell off the ride," one caller can be heard saying.

"A girl just fell out of the ride. I don't know if there is paramedics here, but there's just a bunch of people and she's not moving," said another frantic caller.

Police say 10-year-old Hailey McMullen fell off the "Xtreme" ride at the 41st Deerfield Township Harvest Festival on Saturday. She was rushed to the hospital where she later died.

"Oh I saw her, I saw her fall. Not up high, it was the ones that were whipping around on the ground, and she came out of it and it pushed her down underneath the ride," said a third caller who witnessed the terrifying ordeal.

The attraction, which features booths that twist around individually as the entire ride rotates in circles, was shut down while New Jersey State Police investigate the incident.