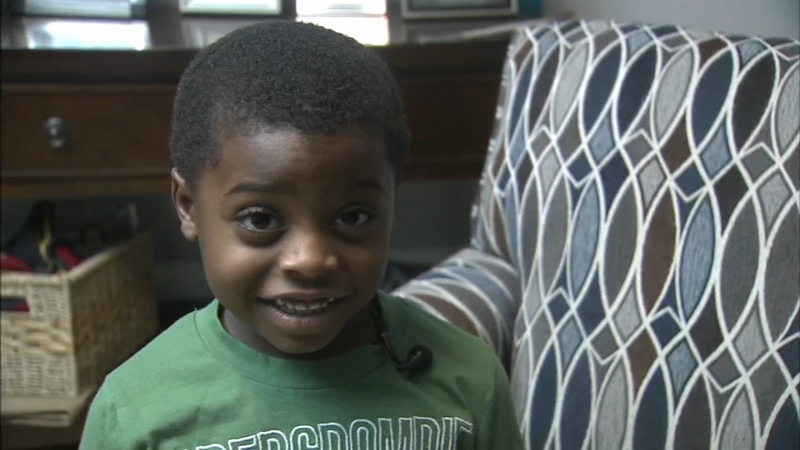 PIKE CREEK, Del. (WPVI) -- Five-year-old Ibn Polk says he does not want to go back on his school bus after being left alone for seven hours Wednesday.

Once the bus arrived at the school, security footage shows that the driver ignored warnings from other students that he was still on board.

"When she didn't do that, that made it seem like she didn't really care," father Abdul Polk said.

Still on the bus, Ibn made it all of the way to the school bus yard. The bus driver got out, but Ibn remained on the bus.

Now awake, Ibn said he cried for a bit.

The child wasn't spotted until hours later when the driver, returning for her afternoon pickups, heard him cough.

Ibn's parents weren't notified immediately because attendance at his school wasn't taken until after the daily automatic call goes out to parents with absent children.

"I didn't really know what was going on because I know I dropped my baby off at the bus stop and he was on the bus," said mother Ivana Dennis.

Throughout the ordeal, Ibn did not eat. The rules state students can't eat on the bus.

According to Red Clay School District, the bus Ibn was on had a child reminder alarm system that was not working.

There were also other checkpoints the driver should have followed when she pulled off from the school and arrived at the bus yard.

"We recognize that procedures in place were not followed and this was a breakdown. A failure," said Pati Nash of the Red Clay School District.

The driver had 20-years' experience and was employed by Sutton Bus Company, but will now no longer drive for the school district.

Action News reached out to the bus company for comment, but our phones calls were not returned.