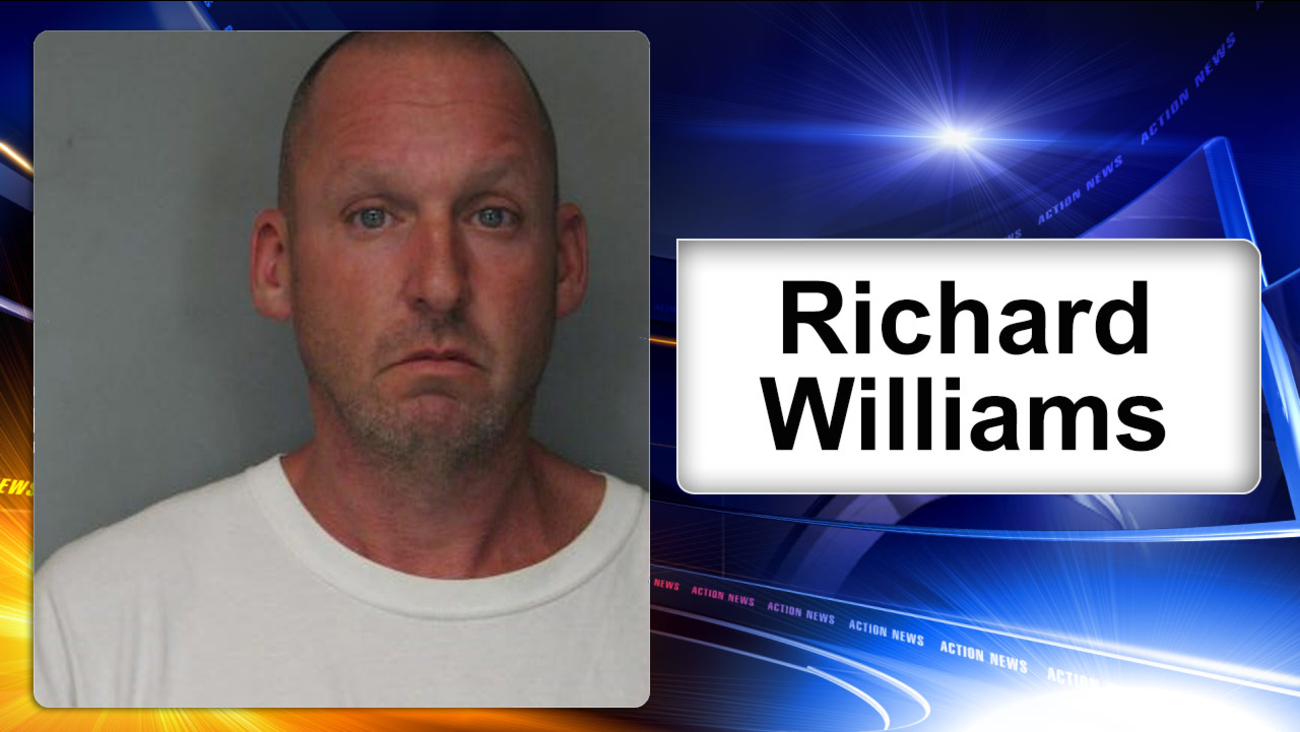 CHRISTIANA, Del. (WPVI) -- A man has been arrested for a knife attack at a bus stop outside the Christiana Mall.

Richard Williams, 46, of Wilmington was arrested following the incident on Wednesday afternoon.

According to police, he pulled out a knife and tried to stab a man for an unknown reason.

When that man ran away, Williams allegedly targeted a 22-year-old man who was also standing at the bus stop.

Police say Williams swung the knife at the victim, striking him on his hand and wrist.

Security staffers were able to keep Williams at bay until state police arrived.

Those troopers told Williams to drop the knife, but he would allegedly begin to flee, then lunge at them.

New Castle County police officers arrived, investigators say, and one of those officers used a Taser to subdue Williams.

He was charged with Assault 2nd Degree, Possession of a Deadly Weapon during the Commission of a Felony, 2 counts of Aggravated Menacing, Resisting Arrest, Offensive Touching of a Law Enforcement Officer, and Disorderly Conduct.