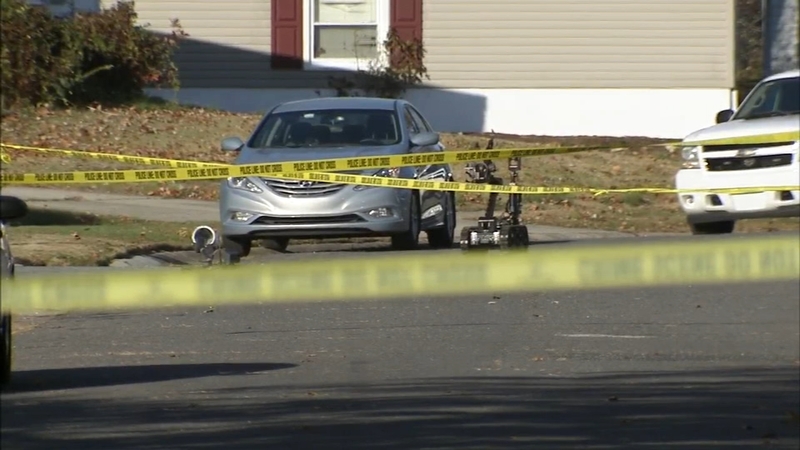 NEWARK, Delaware (WPVI) -- A Newark man is in custody after the discovery of illegal explosive devices outside of a home in New Castle County, Delaware on Wednesday morning.

The New Castle County Bomb Squad and ATF utilized bomb disposal robots to secure and dismantle what sources are calling homemade bomb devices on the front lawn of a home on the unit block of Lavender Lane.

"We're trying to render these devices safe and proceed on with our investigation," said Michael G. Chionchio, the assistant state fire marshall on scene.

That investigation actually started this weekend.

A Pike Creek man called police when he found some unexplained damage to the outside of his home. Investigators determined it was caused by a homemade explosive device.

Which lead Marshalls to Lavender Lane.

"It's kind of surprising to find it as devices out in plain view. Normally they're inside, we were taken back by that. But we were able to secure the area," said Chionchio.

Residents of the home were not there when the discovery was made. But a man who lives inside of the house has since been taken into custody.