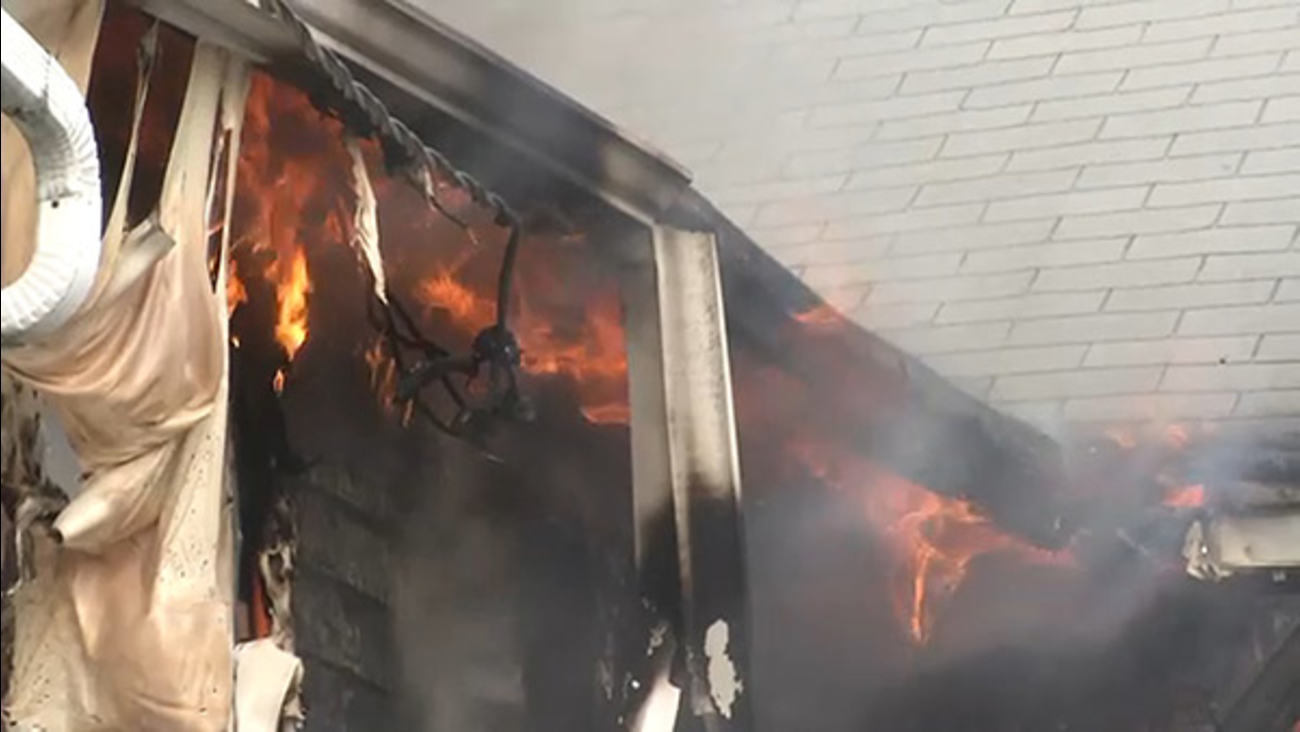 WILMINGTON, Del. (WPVI) -- Firefighters had to rescue three people who were trapped inside a house blaze in the Richardson Park section of Wilmington.

Crews responded around 8:52 a.m. Tuesday on the unit block of Norway Avenue.

They reported smoke coming from the home.

The three victims were located not far from the first floor.

CPR had to be performed on two of the victims.

One of those victims was transferred to Crozer Chester Hospital.

Another victim, a man in his 50s, was reported conscious and alert.

All three victims are listed in critical condition.

There is no immediate word on what caused the blaze.